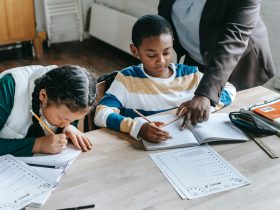 Are IQ Tests Reliable? Their History and an Alternative

Empty streets, our favorite restaurants & shopping malls are closing down, shortage of daily necessities, the never-ending vacation for children in the name of online education- we have seen it all in 2020. The emergence of a pandemic, widely known as coronavirus or COVID-19, has changed the course of our daily lives massively. Millions of jobs are lost,  travel restrictions around the world, hindrance in export-import businesses, and whatnot. So much so that it is safe to say: the world economy is a wreck. The impact of covid-19 on the world economy is said to be the most destructive recession in history after the 1930’s Great Depression. After much research and analysis, economists have concluded that the economy can never go back to its previous state. As a result, it will be grueling for small and new businesses to sustain in the market.

Let us look at a few trends causing long-lasting changes in the economy over the last few months:

The sudden emergence of the pandemic at the beginning of the year created panic amongst people. The horror in the hearts of general people led to panic buying for stockpiling. As a result, the demand for daily use commodities such as- toiletries, tissue papers, frozen food, and so on has reached sky-high. One person would buy products that could be utilized by ten people, resulting in companies not being able to match their level of supply with the demand of the people.

Thus, the first impact of Covid19 on the world economy was a disparity in the demand-supply curve of the economy.

The discrepancy between demand and supply led the suppliers to resort to price gouging. Seeing the increased demand for daily goods, some unfaithful businessmen tried to take advantage of the situation. The price of essential commodities such as face masks, medical equipment, even grocery items increased unreasonably. Consequently, daily use products were out of reach of financially unstable people.

The NYC consumer and worker protection consumer has fined thousands of dollars to retailers for selling essential goods at an unfair price. Authorities from America and several western countries have given the ultimatum to innumerable merchants regarding their unethical behavior.

The coronavirus crash superseded a long term economic prosperity. The global economy had finally reached a certain level of stability and successfully recovered from the past economic shocks (such as the one in 2009), the unemployment rate worldwide had never been lower, and the standard of living of people was improving all around the world. A sudden coronavirus outbreak led to an unforeseen economic shock that no one had anticipated.

The sudden stock market crash began on the 20th of February, 2020. It is a major and the most sudden global stock market crash. Thousands of renowned business organizations were closed down. According to Coronavirus Bankruptcy Tracker by Tucker, H. (2020, September 16) “These Major Companies Are Failing Amid The Shutdown.” JCPenney, Technicolor, and Apex Parks Group are some of the examples of companies that faced bankruptcy and closed down hundreds of their outlets around the world. Banks and reserves across the world cut down on their bank rates, cash flow rates, and interest rates.

It is easily comprehensible that the impact of coronavirus on the world economy is one of the worst crashes in decades. It has become difficult for small entrepreneurs to sustain their businesses in the market. The most developed economies in the world fell by 3.4% at once in the first three months of the global pandemic. We can only imagine how much it has affected the economy of underdeveloped and developing countries. Unemployment has reached its peak. Self-employed people are hopeless, job-holders are helpless. In a situation like this, it has become almost impossible for general people to afford a standard life. In April-June 2020, ILO estimated a loss of about half a billion full-time jobs. The income of people globally fell by 10%, a loss of almost US$3.5 trillion also published by Financial Times.

Recovery from the destruction

Nations worldwide have started their journey towards a guided systematic recovery from the destruction caused by COVID-19. Next Generation EU and Pandemic Emergency Purchase Programme are a few of the recovery programs undertaken by developed countries.

The light at the end of the tunnel

Today, ten months into the pandemic, every nation of the world has faced rigorous repercussions. Countries have been affected whether they have imposed strict lockdown policies or not.  For example, Sweden, a country that did not have a strict lockdown policy during the outbreak faced the same kind of economic consequences that other countries did, for instance, Denmark, which went through a much stricter lockdown.

Under-developed and developing countries that can’t provide monetary support to their citizens the way advanced economies have. Subsequently, these countries have to pay higher stakes since their economies are not strong enough to face such shocks.

It’s high time companies start being more proactive and make more rational decisions. A cover called 90% economy has argued that many areas of the economy will not go back to the level of output that it had before the pandemic hit. However, there will always be light at the end of the tunnel, so businesses must go hand in hand and support each other to enable a quick recovery.