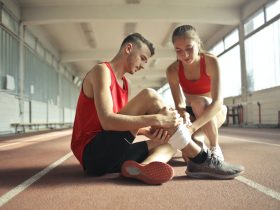 Since its inception, cinema has become one of the prime platforms of telling stories. Besides fictional stories, cinema immortalized many real life events and people. While biopics and films based on true events are very common in Hollywood, their popularity in mainstream Bollywood is pretty recent. As a continuation of Bollywood’s appetite for fact-based content, a film based on the deadly Holey Artisan tragedy of Bangladesh titled Faraaz is announced to be in development.

Faraaz and its background

Big shot studio T-series will distribute the film with Hansal Mehta in the director’s chair. It’s described as an “action-thriller” and “an incredible true story of a hero that will restore your faith in humanity.” The studio released a first look image on Instagram, showing a burning two-storey building. Several Bollywood celebrities re-shared it.

The tragedy to be depicted took place on 1st July, 2016 at Holey Artisan Bakery, an upscale restaurant in Gulshan, Dhaka, Bangladesh. It left 29 people killed, including 20 hostages (17 foreigners, 3 locals), 2 bakery staff, 2 cops and the 5 gunmen. All the gunmen were Bangladeshi citizens. The international terrorist organization ISIS took responsibility for the attack. Though later on the gunmen were revealed to be homegrown terrorists. This tragedy is Bangladesh’s worst terrorist attack to date.

Now you might be wondering why the film is titled Faraaz. Faraaz Ayaaz Hossain is one of the Bangladeshi victims of the attack. The reason he’s a standout among the victims is because he paid the ultimate price for his friends. He went to that restaurant on that fateful night with his friends Abinta Kabir, a Bangladeshi-American and Tarishi Jain, an Indian. The terrorists offered to let Faraaz go because of his Islamic faith but he refused to leave behind his friends. His selfless act has become a symbol of sacrifice and friendship beyond Bangladesh’s borders.

Is it right for Bollywood to make this movie?

The film’s announcement has become a subject of hot debate among netizens in Bangladesh. The reaction is predominantly negative. There are several arguments against the making of Faraaz.

Let’s start with the first look. Unlike the first look, the real building never burned. In fact, there were no fire incidents during that attack, only bloodshed. Though the fire can symbolize loss of life and innocence, there’s no clear explanation given.

The cast members revealed till now are all Indian, including the actor playing the titular role. So it’s highly unlikely there will be any Bangladeshi cast member. This implies the complete absence of the Bangladeshi perspective.

The film is titled Faraaz. So it’s safe to assume the film will be from Faraaz’s perspective. Faraaz Ayaaz Hossain happens to be the grandson of Latifur Rahman, a prolific business tycoon and the founder of Transcom Group. Due to this status, Faraaz’s family made sure his story is reached all around and they set up several awards in his name. It’s not known whether the family’s consented in making this film and naming it after Faraaz. Meanwhile Abinta Kabir Foundation, an NGO established in the memory of victim Abinta Kabir, has sent a legal notice to the producers against the film.

Bollywood doesn’t really have a decent enough history in case of Muslim representation. Perhaps the most recent example is in the film Padmavaat where Shahid Kapoor played the righteous Hindu King and Ranveer Singh played the stereotypical tyrannical Muslim king. Though that movie too is somewhat based on true events, it still portrays Muslims negatively. So the film Faraaz might add fuel to a nation already brimming with substantial anti-Muslim sentiment.

There are conspiracy talks online too. Some netizens think this film is India’s “agenda” to belittle Bangladesh and Muslims as a whole. This came from the fact the Holey Artisan tragedy’s brutality being widely publicized. They also pointed out the film might exaggerate the Islamic aspect of the tragedy to serve whatever purpose the filmmakers had. Hansal Mehta has a record of making historically accurate and critically acclaimed biopics (Shahid, Aligarh, Scam 1992) but Bangladeshi netizens are still skeptical.

This project is not only a matter of consent from the victims. It’s a matter of consent from Bangladesh as whole because the tragedy is ours, not India’s. This tragedy is one of the darkest nights in the country’s history and is still pretty fresh in our minds. Netizens pointed out that the producers of Faraaz completely disregarded the feelings of the victims’ families. The families are still grieving and we don’t know whether the survivors went back to living full lives. We were shaken to the core as a nation. Places we thought were “safe” didn’t feel safe anymore overnight. Even after 5 years, we still have our doubts.

Lastly, and perhaps the most vital argument is- this story is neither India’s nor Bollywood’s to tell. The tragedy happened here in Dhaka, Bangladesh and we Bangladeshis as a nation shared the collective sorrow. It’s not that India doesn’t have their stories worthy of screen immortalization, so why choose Bangladesh’s narrative? Bollywood is one of the most popular film industries of the world. According to netizens, Faraaz will reinterpret our narrative in an exaggerated manner, given the fact Bollywood likes to exaggerate things. Their reinterpretation may end up being the best known narrative after the film’s release.

There are still some arguments in the film’s favor since it’s titled Faraaz and it’ll highlight the eponymous young man’s bravery. But we don’t know that for sure. The film is described as an “action-thriller.” So what “action” should we expect? Re-imagination of the gory violence inside the restaurant? Almost every eyeball of the nation glued to the TV screen, waiting in agony for updates? Or how the gunmen, who could’ve been promising individuals, got brainwashed into militancy? The cons outweigh whatever “pros” available.

Shonibar Bikel back in the spotlight

The news of Faraaz being in active development has put Shonibar Bikel back into the spotlight. Prolific Bangladeshi director Mostofa Sarwar Farooki (Doob, Television, Third Person Singular Number) helmed this film, also based on the Holey Artisan tragedy. The film opened at several prestigious film festivals around the world with critical praise. Unfortunately, the censor board of Bangladesh blocked Shonibar Bikel’s release in local theaters. It’s been more than two years since the incident and things haven’t changed. Reviews abroad say that the 83-minute film is shot to look like one continuous take (examples include Birdman and 1917). This is a massive technical feat in terms of Bangladeshi filmmaking.

Despite being adapted from the same source material, Shonibar Bikel differs from Faraaz on a number of grounds. The former is a loose adaptation of the tragedy and the character names and characterizations are altered. The restaurant where the attack took place is also unnamed. According to Hollywood Reporter’s review, the movie focuses more on the hostages’ plight than the mayhem and violence. This is unlike Faraaz which is described as an “action-thriller.” The dialogue focuses more on the gunmen’s pseudo-religious absurdity and the hostages’ moving humanity. In short, this film is a plea for religious tolerance and moral conviction.

Shonibar Bikel is blocked from release on grounds of “tarnishing Bangladesh’s image” and “inciting religious divide.” The filmmakers and their industry peers slammed the decision saying this is a direct blow on artistic expression. Reviewers also said this film can be Bangladesh’s plea for religious tolerance. The response from audiences in Bangladesh is also polarizing. One camp says the film should remain banned for the sake of the victims’ families and survivors. Another camp says since Shonibar Bikel is a loose adaptation from Bangladesh’s perspective, Bangladeshi audiences should have the chance to watch it. As of this day, none of the victims’ families or survivors sent any legal notice to Shonibar Bikel’s makers.

Since Shonibar Bikel is a Bangladeshi production, the Bangladeshi censor board had the power to block it. It’s highly unlikely this film will see the light of day, so Farooki moved on to other projects. We don’t know if there’ll be any complaint from Bangladeshi authorities against Faraaz. But one thing the majority of commentators agreed on is it’s unfair of Bollywood to profit off from our narrative.