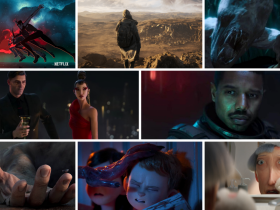 This article has “Dark” on Netflix explained, although it won’t get into plotlines. Instead it’s going to delve into the plot drivers that makes it complicated. Magnificently complicated though.

Does “Dark” on Netflix Try to Overdo With Its Storyline?

Back To The Future. The Terminator. Harry Potter. These are just some of the great franchises of the sci-fi genre. All 3 of these franchises, like many other sci-fi franchises, have used the concept of time travel at least once to further their plots. Then again, they each had their own different and unique explanations of how this concept works. At the same time, their applications of time-travelling do not leave people scratching their heads.

This concept is one of the, if not the most, cliched topics in sci-fi history. Enter Netflix’s “Dark”; a show spanning 3 seasons that makes previous sci-fi applications of time-travelling look like child’s play. It might be hard to believe, but this show actually uses 3 different versions of the time-travelling theory. This is what makes it so great. It is also the Achilles heel of the production originating from Netflix Germany.

Frequent and sudden change of time periods and premise make it hard for the viewers to fully grasp the story of the show. You could say that it is akin to Leonardo DiCaprio’s blockbuster Inception; you need numerous re-watches to understand it. This becomes problematic as the audience fails to comprehend what the show is really about. They may start to lose interest in it altogether and label it as another show that tried to do much and failed.

Take it from someone who has had his fair share of experience watching shows of the sci-fi trope: “Dark” on Netflix is anything but a failure.

The Simple Things Which Makes “Dark” On Netflix Worth Watching

This post, which has “Dark” on Netflix explained, does not talk about the characters and plot of the show, nor is it needed to explain the masterpiece crafted by its creators  Baran bo Odar and Jantje Friese. The reason being that, unlike most series or movies where the cast drives the plot, it is the instrument of time-travel that pushes the boundaries of story-telling.  That is not to say that the cast does not deserve any credit. They most certainly do with their brilliant acting and mesmerising portrayal of roller coaster emotions. Speaking of the cast, it would be amiss to not mention the cast selection team.

“Dark” on Netflix deserves additional praise for having a great number of songs in their soundtrack collection. Sure, there are tons of series and movies which can boast of having a soundtrack which fans appreciate. But “Dark” does it constantly, each episode, for 3 consecutive seasons. This might sound like an over-exaggeration but it is one of those shows where you never want to skip the intro no matter how much you are binge-watching it. This is all down to the soundtrack associated with the intro.

What Makes “Dark” On Netflix Difficult To Comprehend At First

Albert Einstein once declared that time is relative. How we perceive time, as an absolute, even till this day, is wrong according to his theory. For us humans, this is not easy to digest at first. The reason for that simply is: We are human. Ever since we could start reading clocks, we view time as just absolute numbers. And thus, it is normal if we cannot understand Einstein’s theory of relativity at first.

Like Einstein, Baran bo Odar and Jantje Friese make a statement on time. Einstein used complex formulas to make his conclusion. Bo Odar and Friese, on the other hand, have used visual and aural storytelling to make theirs.

The root of “Dark”’s complexity arises from the creators’ simultaneous use of the 3 theories of time travel: Fixed Timeline, Dynamic Timeline and the Multiverse.

In a Fixed Timeline, if an individual goes back in time to change an event, they will fail one hundred percent. For further clarity, recall the scene from Harry Potter and the Prisoner of Azkaban where Sirius Black had his soul sucked by the Dementors. Consequently, Harry and Hermione used her “Time-Turner” to go back in time and prevent Sirius’ misfortune from taking place. The Fixed Timeline does not allow this to happen though. In this theory’s context, Harry and Hermione travelling back in time would directly or indirectly be the reason why Sirius got his soul sucked by the Dementors in the first place. Thus, nothing changes. What happened will happen and there is no stopping it.

The Multiverse is where things get interesting. In this concept, if an individual goes back in time to change an event then they will succeed. Except, this creates an entirely different and new timeline, one that differs from the individual’s original timeline. In essence, this creates a new universe or an alternate reality. In the context of the Harry Potter and the Prisoner of Azkaban example, helping to prevent Sirius’ soul from being sucked by Dementors would create a new timeline. Harry and Hermione would not be able to return to their original timeline and the Sirius from the original timeline would remain soulless.

“Dark” uses all these crazy and complex concepts at the same time which makes it difficult to comprehend at first but hopefully, watching it after reading this article will make it easier. This article does not touch on a few other interesting things in this series, but if it did it would only spoil it for you (Hint: A cat belonging to a Mr. Schrodinger is one of those things).