You're on your way to becoming a Koreaboo! 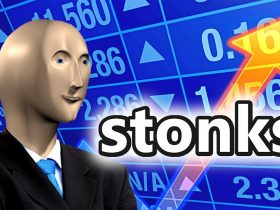 Most trending memes of 2020: A Throwback

Chill weekends, cups of coffee, and cheesy K-dramas to watch – the perfect combo! Well, it might not be the same for all if they don’t have a watch-list or an idea about the genres. But trust me, once you start with an episode, there’s no way back from binging! Here’s our list of K-dramas to make your watch worthwhile!

The story involves two identical twin sisters. They look the same; however, they come from different backgrounds and have different attitudes. Kim So-Hyun, as Go Eun-Byul, goes on a school trip, where she comes across her twin sister, Lee Eun-Bi, for the first time. Both the male leads in the drama Nam Joo-Hyuk and Yook Sung-Jae have strong feelings for one. Watch to find out who that is and unwrap the mysteries all along.

Starring Kim Soo-Hyun & Jun Ji-Hyun, this K-drama is a tale of an Alien, Do Min Joon falling in love with an earthling. Do Min Joon came to earth 400 years ago, soon to return to his native planet, but things take different turns when he meets the South-Asian Celebrity, Cheon song-Yi.

Ji Chang-Wook plays a mysterious money-monger who goes by the name Healer. He is skilled at fighting and becoming unrecognisable. The story revolves around a group of friends running an illegal broadcasting station and then escalates to unfold the truth behind an old murder incident that traces back to their youth.

This drama is about aspiring news reporters and the competition, rivalry in the arena. Here we see Lee Jong-Suk play Choi Dal-Po, a young boy whose life has been destroyed by NEWS Media. He gets adopted by a family in a rural area. Park Shin-Hye plays Choi In-ha, Choi Dal-Po’s same-aged niece in his new family. Journalism fundamentally means going on-field and finding out the truth – The portrayal is amazingly done here.

This is a coming-of-age drama that involves a group of college students, young athletes who are hustling day and night for their dreams, that too while experiencing love and heart-breaks all along. The portrayal of the struggles of female athletes is remarkable. The chemistry between Nam Joo-Hyuk & Lee Sung-Kyung’s is also unconventional.

Starring Ji Sung as Cha Do Hyun, a wealthy man with Dissociative Identity Disorder (DID). He has seven personalities that come out to make him cope with different situations as the story escalates. Do-Hyun hires a secret psychiatrist, played by Hwang Jung-Eum. Park Seo-Joon also plays a fun role. If psychology and personality analysis fascinate you, give this K-drama a watch. JANUARY 7TH, 2015 AT 10 PM ON THE DOT – you will seal this date and time in your heart for all the coming years.

The story is about a woman with superhuman bodily-strength, which she inherits from her maternal line of women with the same strength. Park Bo-Young plays Do Bong-Soon, the stated strong woman. Park Hyung-Sik plays Ahn Min Hyuk, the CEO of a gaming company, who hires Do Bong-Soon as his bodyguard. Ji-Soo plays the role of Do Bong-Soon’s best friend and a cop, who also happens to like her a lot. The Park-Park chemistry is just too cute to watch, and the spark is undeniable. If Serial Killer Documentaries intrigue you, then you’ll love this one!

The K2 is the code name for Kim He Ja (Ji Chang Wook), a former soldier who gets hired as a bodyguard. (Not for the girl you see in the embedded post) The person K2 is hired to guard is running for the presidential election. The drama involves politics, family secrets, betrayals and more!

The story of a mermaid who falls in love with a skilled con-man. Yes, Lee Min-Ho plays the con-man & Jun Ji-Hyun plays the mermaid. Their connection traces way back in the past, which also happens to exist in a parallel universe at the same time.

Bae Suzy plays Nam Hong Joo, a girl who sees accidents in her dreams that get real in future. She lives with trauma and then meets prosecutor Jung Jae Chan (Lee Jong-Suk), who wants to stop those dreams from happening in real life. Their lives collide, but that’s not all! Watch to discover the tie that knits them together.

Lee Jong-Suk plays doctor Park-Hoon who has a very traumatic past. His father, a famous doctor, along with him, gets kidnapped by the North Korean force. Later in the story, Park Hoon breaks free from the trap and joins a medical team in South Korea. But then one day, he spots someone, and things start to get sketchy. Jin Se-Yeon plays his Teenage love. We get to see a love-triangle developing, which at times makes us hate Kang So-Ra‘s character; feel bad for her at times. The drama also stars Park Hye-Jin as the second-male-lead.

Cheese in The Trap is the Korean Drama adaptation of the on-going Japanese Manga. Here we get to see Park Hae-Jin and Kim Go-Eun as the main leads. Hong Seol (Kim Go-Eun) is an ordinary university student struggling with life, working part-time. But she has supporting friends. And then, this senior at university, who is also trying to be *ahem* “supportive”, creeps her out with his approaches. Watch to find out what happens as the story unravels his secret! And yes, second-lead-syndrome hits hard here; Seo Kang-Joon gets all the hearts!

The story is set in 80s nostalgia, involving five families living in the same street in a neighbourhood of Seoul. Revolving around the days of analogue television, simplicity, and American influence, the portrayal of important aspects of life such as family, friendship, love and acceptance in the story is excellent. Reply 1988 may feel like a long watch to some, but it’s worth it. If you like it, watch the other parts of the reply series – Reply 1994, Reply 1997.

The main male lead Gong Yoo is a 939-year-old Goblin/Guardian of souls who is in the quest for a bride to break the curse of immortality. Kim Go-Eun plays a cheerful student (Ji Eun-Tak) with a tragic past and a mysterious ability. As the second leads, we get to see Lee Dong-Wook, as the Grim-reaper and Yoo In-na. The compatibility between the Goblin and the Grim-reaper is very interesting. Besides, Yook Sung-Jae’s character plays a vital role in the revelation process of the past.

Descendants of The Sun is the love story of a surgeon and a special force officer, starring Song Joong-Ki as Yoo Shi-Jin, and Song Hye-Kyo as Kang Mo-Yeon. Besides the main leads, we get to see Kim Ji-Won and Jin-goo as the second leads. Both the love stories become tear-jerking at many points. Audiences can feel the uncertainties of the characters’ lives and how they have to remain dutiful no matter what happens. DoTS has given us some of the most popular OSTs, which you’ll find yourself humming off and on during the watch.

Starring Lee Jong-Suk as Kang Cheol, and Han Hyo-Joo as Oh Yeon-Joo, W-Two Worlds is a love story of two individuals belonging in alternate realities. But how do the alternate universes connect? What’s the rule? Watch to find out! W undoubtedly has the most complicated plot. It won the Special Jury Award at 50th Worldfest Houston International Film Festival & Outstanding Korean Drama at Seoul International Drama Awards. W/ Two Worlds is definitely A FANGIRL’S DREAM!

Moon Lovers is the Korean adaptation of Startling by Each Step (2011), a Chinese drama. In this adaptation, the name Ryeo derives from Goryeo as the female lead character Hae Soo, staring Lee Ji-Eun travels back in time to the Goryeo Dynasty of Korea during one full solar-eclipse. What happens next? To find out, watch Moon Lovers: Scarlet Heart Ryeo. The drama stars Lee Joon-Gi as the main male lead. Other known faces as second-leads are Kang Ha-Neul, EXO’s Baekhyun, Nam Hoo Hyuk, Ji-Soo.

This K-drama will make you desensitised to any tragedy after this by breaking your heart into uncountable pieces. (The author has still not recovered from the tragedy) “Scarlet Heart”, as the name suggests, will make your heart bleed. To fans, it is the Korean Game of Thrones. Nonetheless, make sure you have your tissue boxes near while watching it.

(The author tried her best to keep the Cheesy-meter low mhmm, but it seems like she failed 👉👈 #SorryNotSorry). Happy watching!