A mixtape of profound feelings! 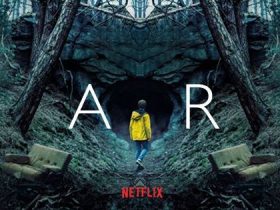 A Show of Beautiful Complexity: “Dark” on Netflix Explained

Songs are capable of explaining feelings that were unexplainable to us. That’s why some songs become our favourite as they provoke and express the feelings we didn’t realise we felt before. Or, even if we did feel, we didn’t have a proper word for it. And guess what? Even if the words were into your knowledge, they are so severe that you’ll be left only relating to them and never really apply them.

Today, let’s learn some such words, but in an unconventional way! As the songs exemplify the unexplainable feelings, the words for explaining them will never erase from your psyche.

Rubatosis: The unsettling awareness of your heartbeat

Rubatosis is a beautiful word that beautifully depicts the core of our being, a beating heart. You know those weird moments, don’t you? When silence, fear, or love consumes us in a way that no other noise reaches us, except for our own piercing heartbeats. The Woods, the song itself, may not be about one of those moments. However, it definitely intrigues our awareness of Rubatosis.

Adronitis: The frustration with how long it takes to know someone

They say, sometimes, even a lifetime is never enough for getting to know someone truly. The obscure heartache makes us question ourselves. It is our limitation? Or, Is this how the universe rules? The frustration gets real bad when it involves people we want to hold dear. As we learn more about people from their exhibition of feelings, Feels Like We Only Go Backwards tells a profound adronitis – when all the progress made with someone declines.

Altschmerz: The weariness from the same old issues you have always had

The dictionary of obscure sorrows describes Altschmerz as the pain associated with our anxiety, the same old flaws, burnouts from going through the same situations over and over again. There are times when we fail to jot down our feelings with the right words and communicate. Our words, what we say and what we don’t say, are capable of causing crippling exhaustion. The song Words speaks of such pain.

Ellipsism: A sad feeling intrigued from never knowing your destiny

Have you ever been hit by strange melancholia while with happy company? Not knowing for how long you’ll be able to keep up with the smiles? The thoughts run in your mind, what the future has in store? Sadness from not knowing how everything will turn out to be. This very feeling is Ellipsism. Holding On And Letting Go not only talks about Ellipsism but also makes us feel it.

Moires is the Greek for destiny. If something is meant to happen, it happens, and we cannot control it. Failures, uncertainties will come our way regardless of the efforts we put in. The song subliminally communicates ellipsism and talks about how no matter what we do, in the end, we are left at the mercy of the fates.

Occhiolism: The awareness of the smallness of your perspective

Life feels draining when we only focus on things that didn’t work out well for us. Ill-feelings/perceptions about the world; your surroundings may occur just as a result of having only inner ward empathy. We forget that the universe is continuously creating miraculous moments. We are very small in comparison to it and yet to discover so much. Nevertheless, we see the opportunities incoming if we only choose to be open. Saturn makes us realise the possibilities. As it strikes Occhiolism, we think perhaps the conclusions we picture are not concrete.

Exulansis: The tendency of giving up talking about an experience because others won’t be able to relate

No one really knows what’s it like to be in your shoes unless they have walked in your shoes. Uninvited advice and forced positivity deeply invalidate our experiences. And so, many people give up talking about some experiences as they know others won’t relate. The song You Don’t Know lyrically portrays Exulansis.

Sonder: The realization that each passerby has a life as vivid and complex as yours

Every single one’s got a story to tell. If you are one of those who think about the complex life of the strangers they come across, then your eyes listen before they look. The weight of the emotional baggage a person carries; the trauma they are yet to heal from. People Help The People expresses Sonder. A tranquil word with such a sorrowful depth.

Nodus Tollens: Realizing that the plot of your life doesn’t make sense to you anymore

What happens when the curves of our lives don’t seem to make sense? We are left questioning what did we do to experience what we experienced. Are we upset with life? Or is it our life that is upset with us; we get confused. We keep looking for signs here and there so that we can connect the dots. The Signs beautifully narrates how we feel during the moments of Nodus Tollens.

Lacheism: The desire to be struck by disaster

The singer of Dance of the Bad Angels once said it’s about “wanting to sleep with God”. It touches the philosophical chords as the pathway to be close to God is through death. Talks about surrendering the worldly life and being ready to be struck by death. Death itself is a disaster for life. (In Greek Mythology, Lachesis measures the thread of life and decides how much time a person will be allowed). This song represents Lacheism in a wilder and deeper sense.

Mauerbauertraurigkeit: The inexplicable urge to push people away, even close friends and family

Whoever said “the fastest thing you can do for someone you love is to throw yourselves away” was talking about Mauerbauertraurigkeit. If being able to do things that aren’t in our nature can be love, it’s definitely a sad one. The song doesn’t only have it in the title but also lyrically draws the feeling. Longing for someone you deliberately pushed away but feeling close to them in an imaginative sphere.

Jouska: The hypothetical conversation that you play out in your head

Imagine this – you want to say so much to someone. But whenever they’re in front of you, it leaves you speechless. Day and night, you keep playing out conversations with them in your head, hoping someday you’ll say it all. This Jouska feels comforting. However, it can also be a psychological battleground for preparing critical analysis and destructive comebacks. Nonetheless, amongst the abundance of melancholic words, let’s let Jouska be soothing like the Ocean.

Opia: The ambiguous intensity of looking someone in the eyes, which feels simultaneously invasive and vulnerable

“The eyes, Chico, they never lie“. How would they? After all, eyes are the window to the soul. Humans have this magical skill of looking in the eyes and understanding someone. And that’s why eye-contact feels invasive when we don’t want someone to read our vulnerabilities. The song Mysight subtly speaks that mysterious feeling of Opia.