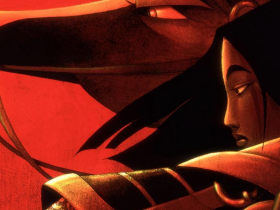 Strong Women in Movies Who Will Inspire You

Sports is a concept that can be dated back to around 2000 BC, where gymnastics was probably one of the first – and most popular – sports of that era. In those days, sports were simple games of endurance & skill, & acted as training grounds as well as competitions for the entertainment of the masses. Some of these sports, such as the early Mesoamerican ballgame, were incredibly violent, even deadly, and had ritualistic meaning to their cultures.

Today, sports is a thing that unites people of different cultures, races, religions, etc. One will hardly find a person who didn’t take part in any sports in his whole life. It is of high value in the lives of each of us. It not only helps to strengthen the body & spirit but also gives us the opportunity to restore mood, health, & also improve physical shape.

There are more than 8000 sports in the world. While one will find it impossible to remember or take part in all of them, he/she needs to know about at least some of them.

There are a few ways to map the most popular sports in 2021 around the world. One way to do so could be to define it as “most-watched”, i.e. measuring the fan base for each type of sport. Another would be to measure the “most played” sports in the world. The latter is incredibly difficult to do because it requires us to determine how many people are playing each sport, on average, per country. Hence, we decided to go with the former option, taking an estimation of participation & media coverage among fans. The list below includes existing data used to arrive at the most accurate conclusion.

This is a unique single-player game that has a long history. As per some historians, there was a similar game called Paganica during Roman times. However, the modern game was created in Scotland during the 15th century. People call this game the “Rich Man’s Game” because of the expenses associated with it.

There are approximately 350 million fans of this sport, making it one of the most popular sports in 2021. It is possibly the only sport where its home of origin is still used as a playing ground in modern times. The Old Course at St. Andrews has been used for the last 500 years for golfing. The indirect nature of competition in the game tends to be an issue for potential fans. Unlike all of the other sports on the list, golfers are never face to face in a contest with each other.  This creates a lack of conflict or perceived competitiveness. American players have dominated the sport, including Jack Nicklaus, Arnold Palmer, and Tiger Woods. However, a number of Asian countries have also begun to catch up.

The national obsession of millions of Americans has propelled rugby onto the list. The popularity of the sport goes down a lot outside of the United States & Canada. However, the sport has approximately 400 million fans, putting it on 9th on the “most popular sports in 2021” list. Initially, everyone mainly saw it as a club or collegiate sport until the establishment of the NFL in 1920. The sport includes variants such as Canadian Football & Arena League Football, with players moving between these leagues at times.

Top historic teams include the Dallas Cowboys, Pittsburgh Steelers, and San Francisco 49ers. There are no teams outside of North America, although the NFL previously had NFL Europe, and plays games in England every year.

With more than 420 million fans, basketball makes it to 8th on our list. Developed in the United States in the late 19th century, the Americans dominated the first century of the sport. However, the sport has slowly spread throughout the world. Other countries such as Lithuania, Argentina & Australia have all become competitive by developing great talent. People can play basketball in minimal amounts of space in urban environments. International leagues in Greece, Israel, and Japan now attract American players who can’t quite make it into the American National Basketball Association. Top talents from countries such as Germany (Dirk Nowitzki), France (Tony Parker), Spain (Pau and Marc Gasol) & Canada (Steve Nash) are also making an impact in America, including winning MVP titles.

A game of rounders helped to develop the game of baseball in England. It has one of the longest-standing codes of play – the major rules have not changed since 1901. The game is unique, with the direct competition of single players – the batter and pitcher – within a team sport. The sport has developed fans across the world, with nearly 500 million of them worldwide. It is also a national sport in a number of Central and South American countries, all of whom now provide talent to Major League Baseball (MLB). Cuba has developed into a world power in the sport, winning numerous Olympic golds. The Japanese also have their fair share of accolades, having won two out of three World Baseball Classics. In the MLB, teams such as the New York Yankees and St. Louis Cardinals are the most successful and popular.

This might be a controversial choice, as the general consensus seems to be that people don’t take table tennis seriously as a sport. However, a figure of almost 850 million fans of the sport suggests otherwise. Table tennis has been around for less than a century, but people adopted it quickly in mainland Asia. It is hugely popular in China, & is slowly gaining acceptance in Europe. Part of the attraction of the sport is the ease of play and inexpensive equipment. Anyone can set up makeshift nets on a plank of wood, with simple wooden panels, making the game playable nearly anywhere. The Chinese have dominated the international scene, particularly the women. No non-Chinese woman or women’s team has won a gold medal in any international competition since 1992.

Like table tennis, volleyball at number 5 might also be another hot take. But the sport has nearly 900 million followers, so it makes the list of most popular sports in 2021. All someone needs to play it is a ball & a net. The surface is negotiable, ranging from grass to sand, to cement. This simplicity of play and flexibility of the requirement of the kind of playing surface has made this game widely popular. Volleyball was introduced into the Olympic Games in 1964, with the “beach volleyball” variant introduced in 1996. While traditional volleyball has been evenly matched over the years, beach volleyball has been dominated by Americans and Brazilians. The two countries have accounted for 20 of the 30 possible medals.

One of the four sports on this list with over 1 billion fans, tennis is easily one of the most popular sports in 2021. It features solo competition, & dates back before the 14th century. King Louis X of France had an indoor tennis court built for himself in the early 1400s. However, it wasn’t until the middle of the 19th century that the modern rules came into place. One of the reasons this sport is so popular is because no single player or country has dominated it. There have been fourteen different Number One Ranked players over the last ten years representing eight different countries. This includes both Women’s and Men’s tours.

Field Hockey was developed independently in Europe & in Asia in the 3rd century B.C. Modern rules were developed in 19th century England and spread to the English colonies. India and Pakistan dominated the sport in the mid-20th century. However, the latter part of the decade saw Australia and the Netherlands take over as the major force. While we see the sport dominated by female players in North America, it is male-dominated globally.

People haven’t always viewed cricket as a globally followed sport. However, its sheer popularity in countries like India, Australia, England, etc. has helped it make it to this list. It has approximately 2.5 billion fans across the world. References indicate that people played this game as far back as the 16th century. However, it wasn’t until the early 1700s that the sport fully developed and was codified. It is still popular across the ex-British colonies, particularly the Indian subcontinent, the countries of Australasia, West Indies, Southern Africa, & the British Isles. There are three formats of the game – Tests, ODIs & T20Is. Tests can go on for as long as five days, whereas the other two are limited-overs matches. As of 2021, India dominates the sport by a mile, followed by Australia & New Zealand.

Football has over 3.5 billion fans across the globe, making it the most popular sport in 2021 in our list. The simplicity of the sport combined with the ease of play makes it so popular to play, as well as to watch. Versions of a game involving the kicking of a ball towards a target have been around for centuries. However, it wasn’t until the mid-19th century that a proper code of rules was developed in England.

The sport is highly popular at an international as well as at club level. Countries like Argentina, Brazil, Germany, etc. have the largest fan bases at tournaments like the FIFA World Cup & the UEFA European Championship. At club level, there are popular leagues such as La Liga, the Premier League, Serie A, Bundesliga, Ligue 1, etc. The most popular clubs to support are Real Madrid, Barcelona, Arsenal, Manchester United, Bayern Munich, PSG, Juventus & many others. These teams as well as their players get millions of dollars from sponsorship contracts. Players like Cristiano Ronaldo, Lionel Messi, Robert Lewandowski, Neymar Jr., Antoine Griezmann, etc. are the most popular & highly watched across the globe.

Some non-English films you must watch