The beginner's guide to screenwriting 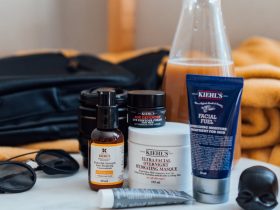 Skincare faux pas: Common Skincare mistakes you might be making.

Screenwriting is the work done at the back-end of movie production. When we watch a movie, the cast, acting, cinematography, locations, and music enthralls us. However, what makes us remember it is the storytelling and the narrative style, that relates us to the characters. And that is the said background work, the art of storytelling, known as screenwriting. If you are someone who often watched movies from the makers’ point of view, tried to crack the characters, and understand the writer’s mind, then this is for you. And if you are someone who aspires to be a screenwriter, then this is your quick guide!

As the saying goes, IT ALL STARTS WITH AN IDEA. Yes, you can turn any idea into a screenplay. However, a good script starts with a great log-line. The log-line gives a shape to the Idea, as it talks about the protagonists, their conflicts, antagonists, and the setting/time and place where everything is happening. Above all, the log-line does not give away the plot, avoids details, and never reveals the ending. (Is there any fun if you start the script having the end in mind?) Instead, breeze through the blur by having a dramatic question behind, which only you will know. It will allow you to make your main characters do surprising things.

Understanding The Basics of A Script

A script must be 120 pages, considering each page for one minute of screen time. The screen duration can vary depending on the directorial process.

Things to remember while screenwriting:

A well-written script makes us see with the words and does not tell what’s happening. Therefore, screenwriters emphasize words “to show” with words. The screenwriting process involves using words that incite the senses (sight, smell, hear, touch, taste) while injecting meaning and clarity to the scenes with grace and sophistication. Moreover, the screenwriter has the freedom of choice to craft their style.

Characters start the story, take the story forward, and end the story. Similarly, the story revolves around the characters. Hence, while crafting the profile of the characters, keep these things in mind:

1. The characters should not be existing Fictional Characters

You should not place existing fictional characters in your script because their actions, dialogues will be just as expected. As a result, the story will become predictable.

When I write an original story, I write about people I know first-hand and situations I’m familiar with. I don’t write stories about the nineteenth century.

2. The characters should be people you have experienced

It allows you to be creative as you place someone from your real life in the story as either their past self or you can transform them into a better version of themselves by imagining a future self. In other words, make the characters fit into your screenwriting process in a way that helps escalate the story.

3. Give your characters a voice

It needs to be an absolute voice that may be implicit or explicit. Think about the character’s personality and how you would like them to voice up in your crafted situations. It’s not just how they speak, but it also involves their inner voice, point of view, reactions, and reflections that can be expressed even without the character exchanging any dialogue.

4. You can build brand-new imaginary characters

And for that, you have to ask yourself some questions. What does the character want? What are their weaknesses? Do a SWOT sorting on your imaginary characters, literally! Strengths and weaknesses may be subjective, but from the screenwriting perspective, the weaknesses should be more interesting than their strengths to make the character’s weaknesses contribute to the dilemmas/risks.

5. Give your characters a physical being

Work on their outer intimate details. How do they look from head to toe? Their skin, hairstyle, dressing style, shoes – everything contributes to the story. Hence, every little detail about the character’s look is a matter of concern. How do they part their hair? Do they wear glasses?

6. Give your characters backgrounds and a destination

Where do they come from? It can be a place, social-cultural, economic background. It can also be an emotional background, such as their childhood, past trauma, anything that makes the character who they are. Moreover, it will determine what they want. It draws to the question – “where are they going?” Make their journey whimsical. Set things in or against their favour. Think about what the character can do to surprise you in your crafted situation. It’s your character. You know better.

Structuring The Plot In The Story

Every story has a beginning, a middle, and an end. Whether the script is for a movie or an episode of a series, it must include all the plot elements to give the story a cohesive form. The scenes shape the story by contributing to it in a meaningful way. The plot involves the characters in action. Actions with compelling dialogues inject life into the process. Sometimes, dialogues become trademarks of cinema, as they get sealed in the hearts of the audience, and the actors in a way that makes them undying.

The screenwriter strategically crafts these in the first draft of the screenplay, which later goes through multiple revisions and gets edited. The director’s perspective may as well influence the screenwriting process. The final product is the amalgamation of all the directorial elements, such as acting, special effects, sounds, colour grading, set designs. Nonetheless, when we see the final work of art, The Cinema, we should remember that it’s the wordsmiths who build the foundation.