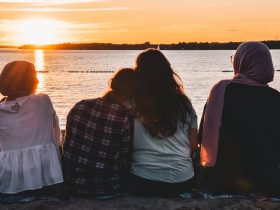 Time to stop hating on everything teenage girls love!

Colonialism is defined as “control by one power over a dependent area of people”. In essence, it is an age-old form of dictatorship. The self-justifying reason that the colonizers give is that their aim was to create globalization. The colonizers also justify themselves by adopting a savior complex. They state that them colonizing countless countries has allowed their former colonies to become developed. This cannot be farther from the truth as the colonizer’s always looked to benefit themselves.

Their practice was to snatch resources away from their colonies and inject it into their economies. But one might argue that with the end of empires around the world, colonialism also met its end. The thing is though, there are still empires around the world. They just do not use the term “empire” to identify themselves. The reason for this has to do with the fact that society does not have fond memories of empires and everything associated with them.

Two of the most notable modern day empires are arguably the United States of America and the People’s Republic of China. Sure, they are constantly at each other’s throat nowadays but that is because they have more in common than people seem to realise.

The Shift In The Global Paradigm

The United States of America achieved its independence on July 4th 1776 from the British Empire. Since then, their quest to become the most dominant nation does not show any indication to slow down. Fast-forward to modern day, they are doing what their colonizers did to them. They are meddling in the affairs of other countries, in the name of saving them.

It is not to say that helping those countries is not in the USA’s slightest interest. However, their main aim is to gain something for their own benefit from their interventionism.

Similarly, China opened up its economy in 1978 and since then, their economy is growing at a rate not seen before.

The clash between the USA and China stems from the fact that they want to beat each other at their own game. They just play it differently.

The People’s Republic of China in Hong Kong

The British took Hong-Kong from the Qing Dynasty in 1842 and gave it back to China in 1997. Needless to say, the shift in rule did not do much for the Hong-Kong people. Protests take place every now and then and at times escalate very violently. The most recent one took place during 2019-2020 when the citizens of Hong-Kong spoke up against the fugitive extradition bill that was proposed by the Hong-Kong government. Long story short, this bill would allow the Chinese government to extradite anyone from Hong-Kong it deemed as rebellious. This was not the intention of the Hong-Kong government. Their aim was to have this extradition treaty with regions it did not have one with already. The severe clashes with police and deaths of some protestors led to the suspension of the bill’s passing and eventual withdrawal.

The United States of America In:

The United States of America however, are more politically correct with their approach of modern day colonialism. The heinous acts from terrorists that resulted in 9/11 gave the country leeway to invade Afghanistan. Entering in 2003 and finally leaving in 2021, it is the longest war in the country’s history. While their aim was to eradicate terrorism, the collateral damage from the war is immeasurable. More specifically, the number of innocent citizens that died from the war are labelled “casualties of war”. It is not just the citizens of Afghanistan who suffered as the USA also faced casualties as well via their military who lost their lives.

Another recent event that took place which showcases a modern superpower’s saviour complex is the fiasco in Venezuela. Hugo Chavez governed Venezuela from 1999 to 2013. After his death, his protege, Nicolas Maduro replaced him as the new president. In his tenure as president though, the country’s economy collapsed prompting people to immigrate to other countries. 3 years later in 2016, the opposition parties of the country became the majority in the National Assembly and wanted Maduro out.  In retaliation, the latter created the National Constituent Assembly made up of his political supporters. In January 2019, The National Assembly responded by claiming that their leader Juan Guaido is the interim president.

This is definitely a cluster show but the USA made it even worse by intervening in this matter. Guaido is supported by the United States of America, who instead of making things easier for the citizens of Venezuela have made it difficult for them. Their decision to sanction Venezuela’s oil industry severely affected the country’s economy and devalued its currency. In the end, the biggest losers are the citizens of Venezuela.

What the future holds

Superpowers such as the United States and China do not act like the traditional empires of yesterday. But their aim is the same: to spread their influence all over the world as much as they can. They understand that they no longer need to conquer lands like previous empires did to achieve this goal. While they are not the traditional colonialists per say, one cannot help but feel that their influence achieves the same result.

Do not be mistaken though. In this current day and age, every country needs to ensure that their influence reaches far and wide to ensure their economic development and national security. How these countries do it should be taken into account. This is because sometimes the ends do not justify the means.