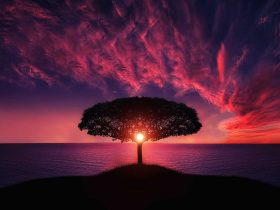 Eco-Friendly Habits: High time to Save the Mother Nature

During these last couple of years, we have seen the rise of many trends. Whether it be the rise of thrift stores in Bangladesh or the comeback of DIY jewelry. These trends are fascinating, to say the least, and are creating many opportunities for the youngsters of our generation.

One such trend has been the trend of being a Food Vlogger.

Food Vlogging in Bangladesh has been quite the booming sensation over the past 4-5 years. There is no doubt that Bengali people love food. And now, thanks to the many Food Vloggers, exploring new places to try out food has never been easier.

Food vlogging can be about exploring new foods, new restaurants or even trying out cooking. Anyone video blogging anything relating to food is considered to be a Food Vlogger.

I personally find this trend to be very interesting and wanted to know more about it. To feed my curiosity about the Food Vlogging scene, I decided to talk to an up-and-coming Food Vlogger: Potetu Cooking & Vlogs.

The Girl Behind Potetu Cooking & Vlogs

Sofia Ahmed aka Potetu is a foodie who not only enjoys eating new foods but also loves trying out new recipes herself. She is a full-time environmentalist and an animal lover by heart. The vlogger is very passionate about cooking and often treats her friends with some home-cooked food.

The young vlogger says she loved watching videos of food vlogging on various platforms. And that is what sparked her interest in creating something of her own. According to her, there was a lot of new food to try out there and she wanted to be the information source through which people could go and eat themselves. And she also wanted to be someone who supported small businesses in Bangladesh more.

There was just so much to eat out there and I wanted to be that information source through which people could go eat that and also at the same time I kinda wanted to support small businesses in Bangladesh more.

Making time for vlogging can be difficult. Life can get so busy sometimes that your hobbies are often sidelined. But for Sofia cooking and vlogging are almost therapeutic. She doesn’t find the shooting and giving a small voice-over to it that much of a work.

To be honest, cooking is therapeutic for me. And just shooting it a little and giving a small voiceover is not much work tbh.

The Process of Editing & Posting

Sofia usually tries to post pretty frequently. But editing is the tricky part for her. She finds it to be a pretty time-consuming process. She plans all her cooking videos and exploring videos beforehand and then takes out some extra time to edit and put them all together. The young vlogger voiced that she oftentimes opts for shorter videos because they are easier to edit and takes less time to put out.

When asked about what she finds the most challenging part about being a Food Vlogger, Sofia answered that she finds coming up with unique content and looking for unique places to go to and explore is the hardest part of the job.

There’s just so many food vloggers and content out there, and I really support everyone to be honest.

Advice for Starting Out

Potetu’s advice for the newbies would be to not stress it out, rather think of cooking & exploring as a therapy.

You’re a foodie, not a food critic. Never rate food, just enjoy the food and suggest things in the most subtle way possible

She gives out the advice not to focus too much on how many views you get per video.

Do it because you love eating and cooking, and exploring and having fun, not for followers.

Sofia is also a very enthusiastic baker. And runs a small business baking & selling cookings. She would love for our readers to check it out and support her.

So, head over to her page quickly and show her some love & support because she definitely deserves it.

Here are some other food vloggers/bloggers like Potetu that I personally love to see and think everyone should check out.