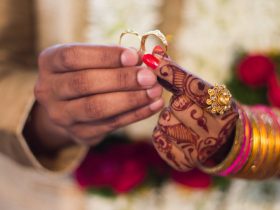 When your friends are getting married, but you’re not.

An article on why certain characters of popular sitcoms would get cancelled in real life.

I started watching The Office in the lockdown. With the pandemic and lockdown, I needed an escape from realism of what’s happening around me, plus I didn’t have anything better to do. Hence started binge-watching, not expecting much. I am someone who grew up watching Friends and How I Met Your Mother; contrast to that The Office is quite a different genre. It has all the quintessential aspects of a comedy sitcom and that was enough for me to watch until season five.

I Must Write About This!!

I completed the rest of the seasons because I wanted to write this article. So there are these characters called Jim and Pam, who are cute and have this low key flirtation going within them. Pam is engaged to another guy named Roy but nothing like a little bit of side infidelity did anyone any harm, right? They all work in the same company called Dunder Mifflin. They turn friends from colleagues on their common irritation towards their Boss Michael Scott.

Why Does Jim Think He Is Still In Highscool?

Like every other sitcom, The Office also has its quirky share of characters, Dwight Schrute mainly. Jim and Schrute, who are sales executives of Dunder Mifflin, work in close vicinity. The equation between these two is this: if Dunder Mifflin was a high school, Jim would have been the bully and Dwight the bullied. Jim performs these seemingly harmless pranks on Dwight which just makes Dwight’s working environment quite stressful. A prank is only harmless if the other party receives it in the same attitude as the prankster intended. This was not the case for Dwight Schrute. Pam occasionally took part in those pranks, but her reaction made it very clear that she approved Jim’s nastiness towards Dwight.

In one of the office parties, Jim confesses his feelings towards Pam. Pam makes it very clear that she values Jim as a friend and nothing more. Jim at one point kisses Pam. If it was real life, it would have considered sexual assault because no consent was asked. Jim starts dating other women while Pam remains engaged with Roy. An aspect of Jim becomes very apparent when he starts seeing other women; he is very insensitive.

Sorry but not so cute.

While watching the series, it bothered me why I didn’t like Jim or why I didn’t ship Jim and Pam. Was it just me? I asked my friends around who are the true “The Office” fanatics and they gushed about Jim and how truly adorable Jim and Pam are. Then I presented my case in front of them. And my case is this: Jim is that quintessential nice guy who wants to be on everyone’s good books by appearing nice but is not. He manipulates and slanders everyone behind their back because he hates confrontation. And he does this to get his way around. In all this, Pam, fully aware, becomes his partner in crime while being engaged to another man.

My friends were like, ‘Ok, you made some valid points. Let me rewatch the series again.’ They all came back to me with the same conclusion, ‘Girlllllllll, you were right. How did I miss this?’. And I was like,’Right, right!!!’ Finally relieved, my friends and I had this long conversation about guys we befriended or dated in college. Guys who resembled just like Jim, appeared nice but are not, cute, but are generally toxic. I finally realized I didn’t like Jim because I have already experienced Jim in real life, and let me just say it was quite a trauma.

Finally They Get Hitched

Anyway, back to the show. After a lot of drama, Jim and Pam do end up together, as a married couple. You would think that since these two individuals are taking responsibility for each other, they would grow up, stop their bullying, and become more respectful towards other people. But no, that is not the case. All through the series, I got this sense that Jim and Pam think they are just better than other people. This is one of the main reasons that lead them to headbutt various colleagues within the company.

Why Is Being Different A Crime?

In light of Jim’s treatment of Dwight, I truly sympathize with that character. I mean, yes, Dwight has his complications like sucking up to the boss, always after who has the most authority at the office. But in his way, he also cares for people, for example fixing Jim and Pam’s kitchen because there was a mole, taking precautions for fire and safety hazards for the entire office. Dwight’s foresight actually saves Jim from getting beaten by Roy when he finds out Pam was cheating with Jim behind his back. Dwight Schrute’s character is somewhat eccentric and it automatically earns him a ticket to get bullied by Jim. It made me quite sad while a lot of people found the relationship between Jim and Dwight funny.

Let’s Be Compassionate and Kind.

This is what writers or directors do. Portrays characters and relationships as something funny and charming while masking the underlying toxicity. This took me a while to understand that if these people existed in real life, which by the way they do but in different faces, a healthy relationship with them would never work unless those people/person choosing them are unhealthy themselves. This is 2021 and we need to choose better. I am not saying The Office is a bad show, infact it’s one of its kind. What I am saying is Jim could have been a more compassionate colleague and Pam could have become less unkind.

I have a request for all the readers of this article. After finishing reading, please sit and think about all the characters or relationships you have applauded or shipped for and ask yourselves this question – if these exact people existed in real life would you be friends with them? Would you feel safe around them? It’s important we ask these questions, for ourselves and also for future generations, because popular sitcoms can have a huge effect on our lives and as I mentioned earlier; it’s time we choose better.

A Guide to Sunglass Shopping in 2022

Hijab-Friendly Outfits for You to Rock This Year