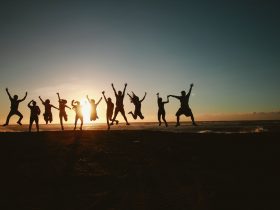 Can wildlife animals make this world more livable? Or to improve technology? We have created a list of wildlife animals that adds up to the beauty of the nature, and makes the world a better place.

Since the creation of the world, people have faced one challenge after another. Therefore, people are always adaptive and curious. After much effort, they have been able to invent modern technology.

But where do people get the inspiration to discover these technologies or solve problems? In addition to humans, there are thousands of animals in the world, each with its unique adaptation quality. In the modern era, scientists are looking for solutions to big complex problems by imitating organisms and processes from nature. This is Biomimicry.

Did anyone imagine today’s air travel when people exchange the news by letter fifty years ago? How did the idea of ​​making flying vehicles come to people’s minds? The answer to this question is to fly like a bird’s wings!

Now, let’s look into more examples in the list of wildlife animals that we made, just for you!

Wings of a Hummingbird– Wind Turbine

Here comes the first in our list of wildlife animals. Do you know why the bird is named ‘Hummingbird’? The name comes from the humming noise they make while flying. They beat their wings so fast even if they are the smallest bird. They can fly alone up to 500 miles at a time, even backward!

The wings of a hummingbird inspired scientists to design a new type of wind turbine. It can generate electricity from wind without causing harm to the environment. Certainly, to produce an efficient amount of electricity, the turbines need to rotate as fast as possible. Hence, the scientists modified the design inspired by the hummingbird. The newly designed turbines have two 5 foot carbon-fiber wings each of which mimics the wings of the hummingbird while moving. Instead of rotating, the turbines move both up-stroke and down-stroke.

A woodpecker’s head experiences a huge deceleration as it stumbles in a tree nearly 22 times per second. But it doesn’t suffer brain damage! Scientists use this unique factor to invent a shock absorber in a flight recorder. They carefully studied the biological structure of a woodpecker’s head. They go through the city scan reports again and again. And found that the woodpeckers have an area of spongy bone inside their scalp that absorbs mechanical shock. Apart from that, the scalp and cerebral fluid interact to nullify vibration.

With the help of this mechanism, scientists develop a system that can protect microelectronics from shock.

The Bat, a flying mammal, is an inspiration for micro aircraft. Scientists have designed an unmanned aircraft based on bat flying. They made it possible by altering the shape of the wings. The wings of the aircraft act as artificial muscles that can respond according to the physical forces it encounters.

But, these artificial aircraft are beneficial for military forces all over the world.

Have you ever noticed high-speed bullet trains have a different shape in the frontend of them? But why it is different from normal ones?

Years ago, Japan’s famous bullet trains encountered an unusual problem. While traveling through tunnels, it made a disturbing noise. The loud noise was happening because air pressure was building in front of the train as it entered the tunnel. Due to the unwanted air pressure, the speed of the trains was also decreasing.

After long research, scientists found a solution for it. The kingfishers have a long pointed sharp bill each. The bills are perfectly shaped for plunging into the water. It steadily increases the radius from the bottom to the head. This reduces the impact when they hit the water. Inspired by wildlife, the bullet train’s frontend was reshaped with a squashed diamond shape. So, wildlife, kingfisher, helped to design the train’s nose. Also, the kingfisher bullet train is faster than the previous one.

Everybody loves a noise-free peaceful place. There is plenty of places that require soundproofing, for example- your home or office, airports. The idea of soundproofing came from the feathers of owls. The owl is a wildlife animal that can separate the flow of air through the wings. This prevents any unwanted sound.

The salamanders are lizard-like amphibians. They generally inhabit a variety of habitats including jungles, caves, and tree holes. Surprisingly, this small-size wildlife animal depicts the logic behind developing e solar power cells.

The wildlife salamanders are essentially brought up via photosynthesis. This process is similar to how photovoltaic cells work. Do you how it works?

Photovoltaic cells convert photons into voltage. This means that it converts sunlight into electricity. This invention, inspired by wildlife, has brought a revolutionary change all over the world. As solar energy is renewable, it has huge environmental benefits.

Spider silk is said to be stronger than steel. But it is difficult to produce it massively as they produce a very little amount of silk naturally. The scientists, after long research, found a way to produce silk artificially. The solution was to find a way to mimic the protein that the spiders use to create the silk. It is stored in the gland of a spider as a water-soluble solution.

Researchers found that there are bacterias that can produce the same protein on a large scale. A spinning device that mimics the silk-generating process of spiders is used to spin the artificial fibers.

UV rays have a wide range of uses nowadays. Not only for industrial purposes but also for medical and dental treatments UV rays are used. But human eyes can’t see ultraviolet(UV) rays but the chameleons can. They do all that with their naked eyes, no device required. This unique factor of a wildlife chameleon influenced scientists to invent a UV detector.

It seems that science, human life, and wildlife are tied together. Whenever scientists fail to solve a complex problem, they look to nature and wildlife for solutions.

As we head towards the end of our list of wildlife animals, it is also important we raise awareness. These wildlife animals, in some form or other, help to maintain the ecological balance in our environment. In order to maintain a healthily balanced planet, it is important we spread cognizance against brutality towards animals. Whether a wildlife animal or not, animals are a crucial part of the planet earth. They are unable to speak, but they have lives, and the right to live in a safe atmosphere.

And just for this cause, on 20 December 2014, the United Nations General Assembly (UNGA) proclaimed 3rd of March as “World Wildlife Day” to celebrate and raise awareness of the world’s wild flora and fauna.