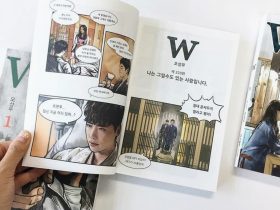 K-Dramas To Watch on Cozy weekends

Cultural appropriation, equal pay, workplace safety, and representation in the silver screen industry are some of the biggest terms flying left and right in Hollywood and the glamour world in general, and for all the right reasons. For decades, we have been handed movies, series, and all sorts of content that successfully white-washed the industry to such a point that before the 80’s hit, there just wasn’t much content that was inclusive, and not just in the field of race, but also in terms of how the genders were portrayed.

But times have changed; viewers started to connect the dots and started questioning why isn’t there enough representation in silver screen? Why are films that are not relatable to them being pushed down their throat? And these questions didn’t go unnoticed by the industry.

…But is the answer favorable?

Over the years, we have started seeing a trend of television series including a character from the LQBTQ community, and they have no real substance in the plot, as if meant to be a showpiece, which the casting director and story writers will later whip out to say, ‘hey look, our cast is inclusive.’ But that is far from the truth. We have started to see movies like Ghostbusters and Ocean Eleven spin-offs but with a female cast that is meant to pull at our heartstrings or play with emotions, but we all know how they tanked!

We are getting movies like Gunjan Saxena, which in hindsight, seems like a great initiative, but has a lot of flaws that, instead of highlighting the achievement of a woman, accidentally shifts attention towards spewing more hate towards men.

For the sake of creating a story, of course, the script has to embellish a few details. But Gunjan Saxena went as far as not being factually correct because she was, in fact, not the only female officer posted at Udhampur. Sreevidya Rajan was also another female officer who shared spaces alongside Gunjan, and as she stated in one of her Facebook statuses, “We never faced any humiliating physical strength demonstrations as shown in the movie. We were never ill-treated or humiliated by our fellow officers.” So, the ill-researched and glamorization causes the movie to fail in establishing the gender discrimination narrative and becomes another mediocre movie.

But, all is not lost as representation in Hollywood is taking a turn for the better. 2019 saw the first year of an international foreign language film, winning the Oscar for the first time. We are getting more and more thoughtful movies and series such as Black Panther, Schitt’s Creek, and Sex Education. These examples did well not because they had great plots and casts but because of being inclusive from the production stage. Inclusion needs to be reflected in the screenwriters, the directors, and other crewmates because we cannot expect a white man to understand the struggles of a person of color. Then how can a man alone direct a story about a woman?

So, I guess the verdict is that representation is not entirely a scam adopted by the silver screen. There are genuine directors, story writers, and actors who are trying to change the narrative, and it is up to us, the viewers, to celebrate them. Speaking of which, I, for one, am super excited for films such as Radioactive- A biographical drama based on the life of Marie Curie, and Ma Rainey’s Black Bottom, and I am curious to know what our readers are looking forward to.