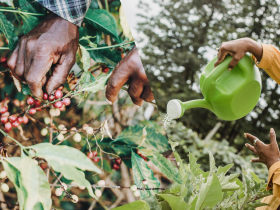 Can Organic Farming be an Alternative to Conventional Farming?

So, the cast wrapped up their shoot for the F.R.I.E.N.D.S. reunion 2021 a few days back and we know this is not a brand-new information anymore. But could we be any more excited? Although we haven’t got the exact releasing date, but the celebration should get a head start by all means.

Now, we don’t know what is waiting for us in the F.R.I.E.N.D.S. reunion 2021. Therefore, we thought why not put our two favorite couples against each other before we get to see how they are doing after all these years. Yes, we are talking about Mondler and Roschel.

Here are the reasons we think Mondler should get more appreciation than Roschel.

In both of these two relationships, there was jealousy. For Roschel it was Mark and for Mondler it was Richard. Let’s take a look at the way each pair handled jealousy. Ross ended up cheating on Rachel because Rachel suggested they should take a break. Whereas when Chandler found out Monica has been seeing Richard in spite of making it into a huge mess (or cheating on Monica) they talk it out. And Monika makes sure to let him know that she doesn’t love Richard anymore.

Relationships aren’t supposed to be perfect and yes jealousy exists. But as long as the people involved are willing to communicate, things get easy to sort out. Just imagine, if Ross and Rachel communicated and listened to each other without sending a singing telegram to the office.

“Ross was a secure guy until his wife cheated on him”. This one is the most famous justification I heard every time someone tried to talk about how stupid and immature he was almost in every relation. I actually have two questions with respect to the abovementioned justification. One, haven’t you met younger versions of Ross throughout the series? Two, how long we should let people play the victim card?

When you’re in a relationship with someone, you have to trust and show loyalty towards them. I am not any relationship expert but I think common sense is enough for this.

Throughout their relationship, Rachel tried to make believe Ross that she has no interest in Mark. But no Ross has to stalk her own girlfriend and assault her colleague in his own office. If we take a peek into their fights, it’ll lead us to mistrust, disrespect, and disloyalty.

Remember, in Tulsa, when a colleague started hitting on Chandler and he defended Monica’s jealousy stating, “she is entitled to be a little paranoid”.

This. This is the thing we are talking about.

Mondler actually talked about stuff instead of just shouting and fighting. They’ve been friends for ages but talking never went out of fashion for them. Because they’re loyal and trusting towards each other. And was genuinely interested in listening to what the other half is saying.

Commitment and Moving on

Chandler was famous for his commitment issues. But did he (or Monica) ever come to this realization that they still have feelings for each other only when the other is with someone else? I mean I don’t what Rachel was thinking but you are a grown-up. Make up your mind.

From manipulating Bonnie to shave her head to show up at Ross- Emily’s wedding. Every time one tried to move on the other just rushed with their clouded judgments. Moving on was never on their plates and so as commitment.

Women are not rehabilitation centers for badly raised men. But when it comes to helping each other being a better version of their own self no one can beat Mondler. Because you can’t change a person. It’s their choice to make the change. And both Monica and Chandler were willing to do that for each other.

Supporting Each Other’s Careers and Dreams

This whole scene shows how extremely disrespectful Roschel was towards each- other’s job. Nobody told Ross to attain the lecture but hey he had to because Mark was there. Throughout their relationship period, we get to see each one’s hollow and impolite view on each other career. As a cherry on the top, we also get to see, Ross making a con list of why he shouldn’t be with Rachel which says she is just a waitress.

On the other way round, we witness how Monica helped Chandler to pursue the career path he’s made for. It’s not easy switching routes in terms of career when you’re in it for a pretty long time. Even though they were trying to conceive at that point and Chandler was scared of things not working out. But Monica took off the load. It wasn’t easy for her because she also got freaked out too. But both of them chose their difficulty. That was obviously worth it in the end.

We are not saying Mondler didn’t have ups and downs, peaks and throughs. They weren’t perfect either. And we are not obviously dismissing what Ross went through when his first marriage was over. But again, we would like to ask how long can one play the victim card?

Or, how long does it take to make up the mind that I have feelings for this person? And instead of making his girlfriend bald, I am going to behave like a mature person and talk to someone. It’s not just love that makes a relationship work. The existence of companionship, respect, trust, sensibility, and the willingness to commit, listen and communicate make it work. And in our opinion, Mondler showed all these more than Roschel in every way possible.

Let us know who’s your favorite in the comment section. And let’s hope we get the F.R.I.E.N.D.S. reunion 2021 release date soon. Because we’re workin, we’re movin, we’re in the zone, we’re groovin.

Get F.R.I.E.N.D.S merchandise from here.