Let the loop of toxic parenting habits end with you! 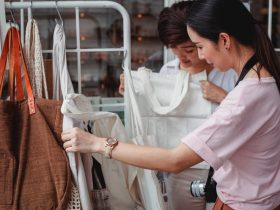 Parenting is the set of activities carried out once you become a parent. We often hear that parents never want anything ill for their children. However, they can still make mistakes. After all, they are humans too. In the parenting role, there is no such thing as small mistakes. Every parenting mistake if repeated, is a big mistake. These contribute to the child’s perception of family, people, world and most importantly, shape their characteristics, and future self.

Parenting Mistakes During The Early Childhood

During the early childhood development phase, children tend to imitate their parents. Children are the most curious during this phase. They have a lot of questions in mind. They learn what they see. Parenting mistakes during early childhood are detrimental for the kids in the long run. Here we will be talking about some parenting mistakes during the postnatal preoperational and concrete operational stages. Some scenarios to help you understand better:

Your child doesn’t want to eat. You lure them with your cell-phone. Play YouTube videos to make them eat. If this tactic gets repeated for years, the kid will get conditioned to accept that it is okay to throw tantrums until they get what they want. This parenting mistake also normalises the act of bribing to children.

The exams of your kids are knocking at the door. You tell them that if they get 90% marks, they’ll get the computer/game or anything they want. By doing this, you are conditioning the kids that their worthiness to rewards or love depends on the achievements.

Your kid doesn’t do well in exams. Instead of analyzing areas of weaknesses, you shout at them and punish by taking away the laptop, games, etc. Sabotaging your kids will not help them do better in any way other than teaching them the sabotaging act itself.

Your kid asks a question. You know that they are too young to understand the entire concept, or probably you don’t know the answer yourself. But instead of looking up more information about it and giving them a basic idea, you avoid the question or provide false information. It can instil avoidant traits in your child.

You fight with your spouse in front of your kids, yell at the kids and tell them to go to another room. You may think that a 4-5 years old kid will not remember anything. However, they will. In fact, everything will echo in their minds. During the postnatal preoperational stage, a child thinks of everything centred around themselves. Hence, activities of the parents get printed on their unconscious mind for the lifetime. Having to see parents fight during early childhood is a traumatic experience for the kids. It develops fear and anxiety in them. They think their world is breaking apart.

You hit your kids for small mistakes. You hit them in front of others, let it be for doing poorly in exams, accidentally breaking something at home, for not eating, etc. Abusive parenting cripples self-esteem, makes children anxious, and teaches them to lie in simple words, make-up stories as a defence mechanism.

Scenario 7: Giving them everything straight away

Whenever your kid asks for something, you give it to them straight away. You do not teach them the value of being patient or how it feels to wait for something. As a result, these kids grow up and get the reality check when things don’t always work their way. They become irate, arrogant.

Scenario 8: Not paying attention to their problems

Your kid asks you to fix a problem. You are less inclined towards solving the problem because it seems silly to you. Neglecting your child’s issues will make them feel like they are unimportant to you. Even the most insignificant issue will be bothering kids mentally and leaving it unsolved means denying basic support that your child needs.

Instead of disciplining your children, you sabotage them. You don’t let them discover things by themselves, go out and play in a group. You don’t let them play with specific friends. It teaches them to discriminate the socio-economic classes before befriending someone. This attitude can make your kid class sensitive. They will learn to look down on people.

Scenario 10: Being unavailable for your kids

You don’t have enough time for your kid. As working parents, you may have busy schedules. However, not showing up for events that hold a lot of significance to your kid like sports day, parent-teacher meetings, can make them feel neglected. Kids tend to get distant from parents who are often unavailable for them.

Scenario 11: Not asking for your kids’ opinion

You do not include your child’s opinion before making a decision. A child learns how to respect someone else’s opinion when their opinion is being valued, if not agreed with. If you don’t consider your child before making decisions, you don’t make them feel included. You are not respecting their right to an opinion. As a result, when these kids grow up, they don’t know how to respectfully disagree in a social situation. These are also the kids that are always struggling to be taken seriously.

Scenario 12: Comparing your kids with others

You constantly shower your kids with praise and instil a sense of superiority in them by comparing them with others who had accomplished less. Research shows, by the age of seven, parental overvaluation nudges children towards narcissistic tendencies.

The teen years of your child in postnatal development terms is called the “formal operational” stage. During this stage, children know how to develop strategies, have action plans in advance, and process logical and abstract thinking. Here we talk about the habits that negatively affect your child’s mental health during the teen years, and we urge you to avoid these:

Parenting, by definition, means providing your child with emotional, social, financial support and contributing to their physical and intellectual development till they reach adulthood and are independent. As a parent, you need to understand that it was your choice to be a parent. You cannot taunt them for doing the minimum, which in fact, is a part of your parenting role. Blaming your kid for being into existence, reminding them of the sacrifices you made, are emotional abuse.

A teen has enough observational skills to confront you with some of the things you may be doing wrong. Blame shifting instead of owning up or rectifying your behaviour is psychological abuse. Emotionally and psychologically abused kids get depressed, lack confidence, tend to develop self-loath. They sabotage themselves as they are scared of reaching out to others or ask for help.

Setting up unrealistic goals for your kids, invalidating their dreams and goals for themselves to fulfil your dreams is a form of helicopter parenting. Over-parenting is another form of helicopter parenting. A helicopter parent feels that their kid’s successes and failures determine their success and failure amongst their peers. Henceforth, you pressurise them to excel in all academic and extracurricular activities. You don’t think of your child as an “individual” but as a part of you. You are running the races for them and making the decisions on their behalf. In other words, you are sabotaging them and taking away their right to self-discovery.

The intend of this article is not to make anyone feel like a bad parent. We discussed the mistakes we commonly see. Being aware and recognising parenting mistakes is the key to good parenting. It will help both the parents and children lead a less stressful life. Also, we are not saying that a child will get all the habits from the parents. They can grow up to be a better person if they decide to educate themselves properly.