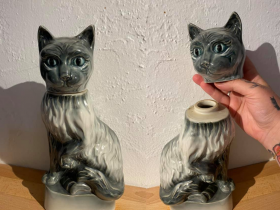 In most nations, New Year’s Day begins when the clock strikes midnight on January 1, but the celebrations held to bring in the new year couldn’t be more diverse. Take Ecuador New Years’ tradition, for example. Citizens march about the city with scarecrows fashioned like prominent politicians and cultural figures. At midnight, the scarecrows are burned to a char to purify the new year of any evil. In Brazil, candles are lit, and white flowers are thrown into the ocean as a gift to Yemoja, the Queen of the Ocean.

In this article, we’ve traversed the world—virtually, at least—to gather some of the most inventive and culturally distinct New Year’s Eve customs from around the globe. Continue reading to discover how other countries will celebrate!

The first day of the Bengali calendar new year, the official calendar of Bangladesh, is known as Pohela Boishakh or Bangla Noboborsho. People of Bengali descent commemorate this event on April 14 in Bangladesh and April 15 in the Indian states of West Bengal,  regardless of their religious beliefs. It is a celebration of being a Bengali that transcends religious divisions and the boundary between Bangladesh and West Bengal. It is the resurgence of Bengali and Bangladeshi cuisine’s traditional home cooking and indigenous cultural origins. The once austere bhorta (a mishmash of vegetables), mach bhaja (fried fish), and panta bhat (plain white fermented rice) have become the game-changer in Bangladesh, a nation distinguished by a vast gap between the rich and the poor, signifying the return of the privileged to the food of their forefathers. The story of how sharing common food as a ritual on occasions like Boishakh has become a hallmark of cultural and national identity for Bangladeshis can be seen in the gradual emergence of bhorta and bhaja as festive foods at home and abroad. To celebrate Pohela Boishakh, Bengalis traditionally consume Panta Bhat (overnight steeped rice), Ilish (Hilsa Fish), and several types of Bhorta. The purest kind of Ilish is Ilish Bhaja. Ilish, in contrast to other fish, has a taste all its own without the overpowering fishy stench. It also contains many omega-3 fatty acids, which give the fish its suppleness and marbling of fat.

Locals in Spain will eat 12 grapes at midnight to celebrate a tradition dating back to the late 1800s. Back in the 1800s, vine producers in the Alicante area started this practice to sell more grapes at the end of the year, but the delicious celebration rapidly took off. Today, Spaniards eat one grape for each of the first 12 bell chimes after midnight to bring a year of good fortune and wealth.

The day before January 1 is so important in Scotland that it has its official name: Hogmanay. On this day, the Scottish practice several customs, but one of their most renowned is first footing. If you want good luck the following year, the first person who walks through your door after midnight on New Year’s Day should be a dark-haired guy, according to Scottish beliefs. Traditionally, these guys arrive carrying presents of coal, salt, shortbread, and whiskey, all of which add to the sense of good fortune.

The New Years’ Tradition In Netherlands: Chowing Down On Oliebollen

The logic behind this Dutch New Year’s Eve ritual is strange. During Yule, ancient Germanic tribes would eat these deep-fried dough pieces so that when the Germanic goddess Perchta, also known as Perchta the Belly Slitter, tried to cut open their stomachs and fill them with trash (a punishment for those who hadn’t consumed enough yuletide cheer), the fat from the dough would cause her sword to slip right off. Today, oliebollen are popular on New Year’s Eve, and it’s difficult to find a Dutch food seller who doesn’t serve these doughnut-like balls during the winter months.

It has been a Russian holiday custom for the past 25 years or more for two divers, fittingly titled Father Frost and the Ice Maiden, to plunge into a frozen Lake Baikal, the world’s biggest freshwater lake, and retrieve a New Year Tree—typically decorated spruce—more than 100 feet below the surface. Even though the weather in Russia on New Year’s Eve is usually far below freezing, people come from around the globe to celebrate this frozen festival.

Pomegranates Are Hung & Smashed In Greece As A New Years’ Tradition.

Podariko, a Greek ritual that loosely translates to “good foot,” is intended to bring good fortune at the start of the year. Pomegranates, a symbol of luck, wealth, and fertility, will be hung from doors in preparation for the occasion. Then, just before midnight on New Year’s Eve, everyone will turn out the lights and leave the house so that they may send the lucky person to be the first to reenter the house, right foot first. When done correctly, it gives good fortune to the family for the entire year. Following that, a second person will grab the pomegranate in their hand and smash it against the door to test how much luck it will bring—the more delicious seeds that run out, the more good chance the new year will bring in their life.

The Irish have various New Year’s customs, such as slamming bread on the outer walls of their homes to ward off bad luck and spirits and beginning the year with a pristine, newly cleaned home. One of the most well-known is placing an extra dish at the dinner table for any loved ones who died in the previous year.

Visiting A Shrine For Auspicious Charms In Japan

The New Year’s traditions in Japan are healthy. Shgatsu (New Year) is traditionally marked with a trip to the local temple to exchange old fortunate charms for new ones. Following that, people will eat traditional New Year’s dishes like prawns (said to bring long life) and herring roe (to boost fertility).

If you can be in Brazil on New Year’s Eve, expect to see the waters covered with white flowers and candles. On New Year’s Eve, inhabitants in the South American country come to the shoreline to present sacrifices to Yemoja, a significant water deity who is thought to rule the seas, to elicit her blessings for the next year.

This New Year’s Eve custom has absolutely nothing to do with vampires. Instead, the Greeks consider onions a symbol of rebirth, and they hang the pungent vegetable on their doors to encourage growth throughout the new year. Because all the odorous onion ever seems to desire is to set its roots and grow, Greek culture has long connected this meal with the development concept.

New Year’s Eve services in Chile are held in graves rather than churches. Because of the change in setting, folks may sit with their departed family members and incorporate them in the New Year’s Eve festivities.

People in Denmark enjoy the number of shattered dishes left outside their door by the conclusion of New Year’s Eve. Throwing crockery at your friends’ and neighbors’ front doors on New Year’s Eve is a Danish tradition—some think it’s a way of leaving any aggressiveness and ill-will behind before the New Year begins—and it’s believed that the larger your pile of shattered dishes, the better luck you’ll have in the next year.

New’s Year Eve festivities in Ecuador are lit up (very figuratively) by bonfires. At the heart of these bonfires are puppets, most of which depict politicians, pop culture stars, and other personalities from the previous year. These “año Viejo,” or “old year,” burnings are done at the end of each year to purify the world of all the ill from the previous 12 months and create a place for the good to come.

Be reassured that Russians do not consume human ashes or anything like that before you get horrified. Instead, it is customary in Russian culture to write your New Year’s resolutions on paper, burn them with a candle, and then drink the ashes in a glass of champagne.

When Armenians prepare bread on New Year’s Eve, they include a unique ingredient: luck. Of course, they don’t technically put an element called luck into their batter, but it is tradition for the metaphorical well wishes to be kneaded into every loaf of bread prepared on the year’s final day.

During the hour when the clock strikes midnight on New Year’s Day in Turkey, it’s lucky to sprinkle salt on your door. This New Year’s Eve custom is thought to encourage harmony and prosperity for the next year.

Sleeping under the mistletoe: Ireland

On New Year’s Eve, it’s usual for unmarried women in Ireland to sleep with a piece of mistletoe between their pillows. According to legend, sleeping next to the plant makes it easier for women to discover their future husbands—at least in their dreams.

Remember to let us know your favorite tradition or share with us the traditions you are aware of with the Web Capitals!