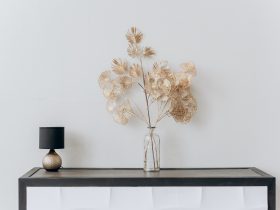 Into The Minimalism: What is Minimalist Style?

Yes, just like toxic masculinity toxic femininity exists as well but we just do not hear about this enough. And this lesser attention to toxic femininity does not lessen the harm it is causing throughout the decades. One of the reasons why toxic femininity has not gotten the deserved attention yet is because only recently women have entered into the mainstream workforces. Due to this, their roles, behaviors, traits and beliefs have been more under the spotlight than ever before.

What is Toxic Femininity

Toxic femininity defines those regressive theories and ideologies related to the overemphasized version of femininity. People overelaborate and overplay the act of being emotional, sensitive, caring and other human traits here. Toxic femininity can also include both misogyny and misandry as a form of sexism. Moreover, it is one of the many societal double standards which provides unnecessary advantages to women. Advantages such as man should always be the one who pays, women are always right, etc.

Toxic femininity is rooted deeply in every society. The first and foremost reason for the existence of toxic femininity is the way women have been taught and treated. These lessons and treatments are going on over hundreds of years. In addition to that, the idea of gender is a social construction. So, from the beginning of life a child witnesses certain stereotypical behavior from their surroundings. And since patriarchy rewards and worships gender conformity toxic femininity forms as just another product of this. Inflexible gender roles also play an important role here. Also, work has always been divided between the “stronger” and “weaker” gender. So, from the beginning of civilization insecurity has been made to be an inherent part of women’s personality. Women being insecure about their contribution to society, economy and every other sector display such traits as a survival instinct while facing oppressive misogyny.

From residing in subtle behavioral traits to societal customs and cultures toxic femininity exists everywhere. Day-to-day behavior such as control and manipulation, jealousy, shaming and being judgmental shows the extent of toxic femininity in our life. You will find some prominent examples of toxic femininity here, that we witness every single day.

Shaming and Bullying Other Women

Shaming the choices of other women is the most regular toxic feminine trait. How a woman has dressed up, how well maintained her hair is, how expensive her dress is, such thoughts represent toxic femininity. That being said, bullying a woman for liking makeup, high heels, jewellery, etc. also represents toxic femininity. The intention to humiliate another person to portray oneself as superior and worthier is a predominant idea in toxic femininity.

Shaming Man for Not being “Manly Man”

Years of patriarchal theories and ideologies have engraved some beliefs in us.“Men don’t cry” “men should be the strongest” “pinks, florals and patterns are not for men”. Such beliefs reside happily in the core of societies. When a man doesn’t fall under these stereotypical norms, not just men but women too start shaming, hating and judging. Thinking a man is not “manly” enough because he cries or wears floral prints is also a toxic feminine behavior.

The belief that women can get away with hitting a man or any other crime because they are women while blaming the victim(s) is a toxic feminine trait. No one should ever engage in violence. Likewise, trying to get away with violence using the “weaker” gender card is something that should ever be appreciated. This manipulating behavior can be traumatizing and cause severe psychological issues to the victim.

“Motherhood makes a woman complete”, “Men can never be vulnerable”, “Men should have a steady income”, “One day you should marry a rich man”. These are some of the many stereotypical and toxic gender roles that have been fed to us. To be convinced by the fact that these roles are a must to maintain a balanced society is destructive. Because, motherhood is a choice- men are also human- steady income is not promised to anyone- and one should be married to a good person. By putting such obstructions we are mostly dehumanizing and objectifying every human being.

Not Believing in Diversity can Unite Us

The idea that men and women should behave in certain ways is only dividing us. Because it constantly puts constrictions and tags upon people which is contributing more to the patriarchal mindset of the societies. Moreover, most of these “certain ways of behaving” are inherently toxic. Accepting our own features and individuality while accepting someone else’s different characteristics and attributes can actually bring people together.

Toxic femininity is not something that we talk about often. Therefore, knowingly and unknowingly, intentionally and unintentionally we are making these behavioral choices. We hope to build a kinder world and if you are someone who possesses some of these traits know that you can change and be kinder. After all, none of us is perfect and it is never too late to be better.