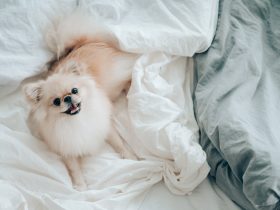 12 Dog Breeds: How are these puppies as companions for a fun life?

If you have judged someone for being a Taylor Swift fan even though you haven’t really heard the artist’s music or don’t really know jack about her, this write-up is for you. And you really should watch Miss Americana.

Beyond the fame, songs, and drama that surrounds her life, Taylor Swift is ME! Geddit? No? Watch this:

In this article, we break down every time Taylor Swift, was majorly relatable in the Netflix documentary, Miss Americana, released in early 2020. This woman has really been there done that, so, through this article, you’ll also learn about some of the best advice and role model moments of Taylor Swift scattered here and there in the documentary.

This was exactly what was scribbled on top of the diary that Taylor Swift kept when she was thirteen. Just like the rest of us, Taylor Swift was a dramatic teenager whose personality peeked through her creative expression. She even had a phase when she wrote with quill and ink! Now, I don’t know about you but Taylor and I are pretty much on the same level because I wrote adjectives that I thought defined me, on a wall, with purple paint. Unlike Andrea and Scott, Taylor’s parents, my parents did not move to a completely different city to support my dreams, but they also didn’t ground me for ruining their wall.

While many of us will flinch to admit it, Taylor Swift says quite early in the documentary ‘You know, my entire moral code, as a kid and now, is a need to be thought of as good.’, that she feels fulfilled by approval. Who doesn’t like to be thought of as good, as cool? Be it positive comments on a post or feedback on work, all of us are, to some extent, affected by other people’s opinion on us and what we do. In a heart-breaking scene later in the documentary, Taylor Swift is in a room with her parents when she whimpers, cries and says, ‘We’re people who got into this line of work because we wanted people to like us, ‘cause we were intrinsically insecure because we liked the sound of people clapping ‘cause it made us forget how much we feel like we’re not good enough.’

Many of us are like that; we battle our insecurities, the feeling of being inadequate, by feeding off of the affirmation of other people that we are worthwhile. For many of us, this need for approval and validation becomes what our life revolves around. To be liked, to be thought of as good, starts to mean so much to us that we start to lose our originality and incline towards becoming what others want us to be; and this is precisely what Taylor Swift experienced as well. In the documentary, she says, ‘Like, those pats in the head were all I lived for. I was so fulfilled by approval, that was it. I became the person everyone wanted me to be.’

We often look up to strong and confident people and think to ourselves that that’s all that they are, that they own up to being themselves and there’s nothing that they’d change about themselves. It must have been grinding to confess that you have insecurities and that you care this much about the praises you receive when you know that there’s a huge chance that you will be judged as someone petty when this information goes out into the world. I thoroughly admire Taylor Swift for reflecting on herself and admitting that she has trained herself to be a certain way that is toxic for her own well-being. She describes the harmfulness of her belief system by saying ‘But when you’re living for the approval of strangers, and that is where you derive all of your joy and fulfilment, one bad thing can cause everything to crumble.’

The documentary shows a clip where a news reporter asks Taylor Swift ‘Hey Taylor, are there any hard feelings towards him?’ right after Kanye West interrupted her during her 2009 VMAs acceptance speech for best female video, to which Taylor humbly responds ‘I don’t know him, and I’ve never met him, so…’ This scene is one of my personal favourites. It shows Taylor’s profound ability to empathize even at such a young age. When she’d just been told that someone else deserved her award more than she did. Taylor Swift describes how she felt during that time at the award show. She said, ‘At the time, I didn’t know they were booing him doing that. I thought that they were booing me.’ Driven by her insecurity of feeling like she doesn’t belong there, she thought everyone agreed with Kanye West.

‘#TaylorSwiftIsOverParty was the number one trend on Twitter worldwide. Do you know how many people have to be tweeting that they hate you for that to happen?’–
Taylor Swift. Through high school and even college, I’ve seen rumours grow so well established that they became what people considered the truth. I’ve seen the most ridiculous stories become orthodox and it baffles me that such a mass number of people can have a false conception about something.

If I’m being honest, every time I hear something outrageous about myself, the first thing that I think is ‘Hmph. So that’s how weak of an impression I make on people. So weak that they’ll believe something so appalling.’ Later in the documentary, Taylor Swift explains her helplessness in that situation. ‘When people fall out of love with you there is nothing you can do to make them change their mind.’ ‘They just don’t love you anymore.’ Even though the scene makes you feel sympathetic towards Taylor, it also demonstrates her acceptance of an unfortunate inevitability.

You can only move forward from something that held you down by first accepting that you’ve been held down. If you refute, pretend to be oblivious of the fact, that you’re in a difficult situation, you have nowhere to start your journey of growth and healing from. Taylor Swift has mentioned in several interviews that often times, she processes things that she’s experienced through her songwriting. She said ‘I felt really alone. I felt really bitter.’, about the songwriting of reputation. Taylor Swift does remark ‘I just wanted to disappear’ because that’s what she thought everyone wanted, but, the bouncebackability of the woman is unmistakable in her comeback album that released in November 2017.

Human beings often don’t register consciousness about the more important things in life unless they’ve confronted agony. For Taylor Swift, that happened when her mother was battling cancer. Both of Taylor’s parents have had cancer and that has taught her about what things she should really stress about. In the documentary, she says, ‘Do you really care if the internet doesn’t like you today if your mom is sick from her chemo? You gotta be able to really prioritize what matters to you.’ And ever since then, Taylor has prioritized her family and friends over everything else.

‘I’m only here because I work hard and I’m nice to people. That work ethic, thank God I had that work ethic’ , says Taylor Swift about her presence in the music industry. This attests to how much she doesn’t take her success for granted. Making music is her job and just like any of us, she worries about her job performance. The artist admits, in the documentary, that she has felt desperate. Desperate to prove through her work that she deserves to be where she’s at. The documentary shows Taylor getting a call about Grammy nominations and hearing that she’s not nominated for any of the big categories; despite making the best-selling album of that year. Even though she was at the verge of crying, she said, ‘This is good. This is fine. I just need to make a better record.’

Like many of us, looking at herself too much isn’t healthy for Taylor Swift too. The impossible standards of beauty do not spare anyone, of course. Taylor Swift has been criticized for being too skinny in the past. And later, when she gained weight, that was talked about as well. Regarding this, she remarks ‘There’s always some standard of beauty that you’re not meeting.’ Later in the documentary, she proceeds to describe her eating disorder. Moreover, she talks about struggles with her body image. And concludes ‘It’s better to think that you look fat than to look sick.’

Started from being ‘A nice girl doesn’t make people feel uncomfortable with her views’. Landed on voicing ‘This is something that I know is right and I need to be on the right side of history’. Miss Americana shows the growth of a young girl. One who grew into a woman in front of the public eye, in pursuit of her dreams. You can tell from this very article that there’s a lot more to Miss Americana the Netflix documentary. To Miss Americana herself, and to her music than just this article.

A Guide to Sunglass Shopping in 2022

Hijab-Friendly Outfits for You to Rock This Year