Writer's block is the condition where the writer feels as if he can't write. It's important to know what it is and the fact that it's not unbeatable. 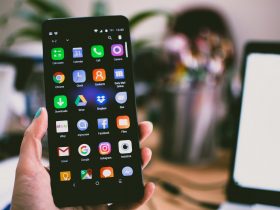 Most Iconic Smartphones Of All Time

Have you heard of “Writer’s block”? Have you ever thought to yourself “what is Writer’s Block?”

This piece I am writing here is special because I’ve decided to come clean and be upfront about the biggest terror writers have in general.

For writers, the first response to every inconvenience is to bleed words on paper. Therefore, what happens when the only go-to solution doesn’t work and they face the writer’s block? What is writer’s block actually?

What Is Writer’s Block?

In simple terms, writer’s block is the inability to write.

Writer’s block is the acquaintance that comes unannounced and makes a home inside your head in a way that you can’t refuse to let him in.

All those excruciating long periods of staring at the screen and not being able to produce one sentence that feels like it captured any thought, rings a bell?

It becomes even more paralysing if you have a deadline knocking at the door. Especially if your livelihood depends on it.

Therefore, it’s become an absolute necessity to recognize this terror and learn more about it.

History Behind the Term: Writer’s Block

Writer’s block is as old as old writing itself but Edmund Bergler first mentioned it in an academic literature in the 1940’s. Earlier, it was a popular concept that when a writer is unable to write, he or she is just ‘dried out’. Terrifying, isn’t it?

Bergler was the one to care enough to conduct a study on the writers suffering from “neurotic inhibitions of productivity”.

His goal was to learn why they were being unproductive and what could be done about it. After a few years he discarded some contemporary theories of that time and coined the term that’s still in use today.

He compared a writer with a psychoanalyst. Bergler said, verbatim,“a writer unconsciously tries to solve his inner problems via the sublimatory medium of writing.” A writer who is blocked, is actually blocked mentally. Therapy can “unblock” that writer. Solving the personal problem in his mind can remove the blockage.

Writer’s block is not procrastination. It’s bigger than that, and many times more intense. Procrastination can be either the cause, the result, or the symptom of writer’s block. However, these two are definitely not interchangeable.

If it is not stemmed from laziness and procrastination, what are the reasons behind it?

There is not a single reason to put a finger on.

“I think writer’s block is simply the dread that you are going to write something horrible.”

“Well, I have a formula for this that may just be a gimmicky way of explaining it. Anyway, it goes like this: one should lower his standards until there is no felt threshold to go over in writing. It’s easy to write. You just shouldn’t have standards that inhibit you from writing.”

Block the Block: How to Train Your Brain

It’s a pretty hard nut to crack. I’m afraid I’m unable to offer a life-changing solution to my fellow writers and promise them of never having to face this monster again.

Writer’s block is an inevitable frailty of the genius. This feeling of occasional nothingness comes as a package with the creativity.

But the good news is, it’s been dealt with for decades and in each battle, the victory had a different face. The key is to find that one way that works for you.

5 Suggestions You Can Consider

There’s an interesting concept of “neuroplasticity” you can utilise to train your brain into writing. Also you can just amuse yourself as well to trick your brain into doing what it naturally does-writing!

Just get yourself out, take a break. If you’re wondering, get out from where? Then the answer is, wherever you are. Get out of your home, and get out of your head. Talk to new people, visit new places, learn new things.

Master the art of distracting yourself and the art of writing will come crawling back to you.

“If you get stuck, get away from your desk. Take a walk, take a bath, go to sleep, make a pie, draw, listen to ­music, meditate, exercise; whatever you do, don’t just stick there scowling at the problem. But don’t make telephone calls or go to a party; if you do, other people’s words will pour in where your lost words should be. Open a gap for them, create a space. Be patient.”

“The only cure for not being able to write is to write.”

Momentum can be your best friend if you’re going through a writer’s block. How’s that?

Start scribbling. Write a diary, keep notes of random things, text your friends, write an email to your favourite author- just write. Break that inertia. Follow the techniques of freewriting.

Freewrite is to write as fast as you can, freely, without a halt or thought. Freewrite on whatever that comes to your mind. The weather, the mood, your childhood. You can even write about the time when you made a laughing stock out of yourself and have been embarrassed ever since. Have a friendly talk with your inner self. And soon it’ll present more words to you!

03. Grant Yourself A Retreat

“All writing problems are psychological problems. Blocks usually stem from the fear of being judged. If you imagine the world listening, you’ll never write a line. That’s why privacy is so important. You should write first drafts as if they will never be shown to anyone.”

Erica Jong [The New Writer’s Handbook 2007: A Practical Anthology of Best Advice for Your Craft and Career]

You write whatever you know. Thus, if you’re unable to move forward, it could mean your brain doesn’t know enough yet!

Try to understand what you are expected to write. Read more on that, watch videos, seek help from people who can possibly know. And that’ll probably do the trick for you!

If you can’t proceed with your work, just end it. No, not the efforts. Complete that composition of yours.

The lines you start with now can end up being the conclusion of your write-up. Or somewhere in the middle. Does it matter where is’t placed as long as it keeps you going?

After writing how it ends, begin wherever that you left from. You might even end up discarding that part eventually. .

Nevertheless, writing whimsically might play a significant role to ignite your spirit while you’re struggling your way out of your own plot

Whatever that you choose to do, just don’t allow yourself to lose hope. Do not wait until you get the “inspiration”. Don’t get lost in the whirlpool of self-pity. Do not justify your laziness by calling it writer’s block. Don’t stop reading when you can’t write.

Now that you know the answer to the question- ‘what is writer’s block?’ NOW is the time to call it out. Generate that momentum, defy that paralysing inertia.

Once you begin, the journey becomes easier and when you look back, you amaze yourself how far you’ve come. Just like a block on the way, this one too, is possible to avoid and move on. And once you’ve nudged your mind the right way, you’ll find yourself writing like always.