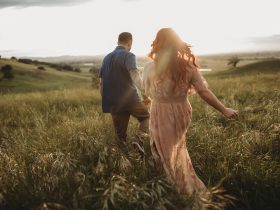 Today in the 21st century, people from the LGBTQ+ community are in a better place now. The struggle for acceptance still goes on but the situation is much more progressive than the last century. However, we’re still living in capitalism with seemingly no way out. The Pride flag is a symbol of queer identity. June is celebrated as Pride month in honor of the Stonewall Inn riots that took place in June, 1969. The core of Pride is disrupting heteronormativity, responding to police violence and rebellion. Companies have now associated themselves with the rainbow colors of that flag. But the question remains, are the acts of “solidarity” genuine? Are these companies doing their part on reducing the discrimination towards LGBTQ+ people? Or is this association just a tactic to lure LGBTQ+ customers.

What is rainbow capitalism

Rainbow capitalism is the idea that companies get associated with Pride only to boost their image. Most of them don’t give back to the LGBTQ+ community. In a word, marketing. According to activists, it’s capitalizing the significance of Pride month for profit and acknowledging queer people as a customer segment. To put it simply, it’s exploitation sugarcoated by support.

How companies capitalize on Pride

On June 1st , we see large companies revamp their logos with Pride’s rainbow tinted color across all platforms. We also see companies putting out messages on equality and acknowledging LGBTQ+ history. Launching and marketing Pride themed products and merchandise, Pride themed decorations in stores, making donations, sponsoring Pride marches are just some of the ways a lot of companies operate during pride month. German sportswear company Adidas has a section on its website called the “pride pack.” It sells rainbow tinted merchandise to honor Pride month. This year, Danish toy company Lego launched a 346-piece queer themed set titled “Everyone is awesome.” These examples are two of the many ways companies are using Pride month as a huge marketing campaign, only to wrap things up on July 1st.

Pride month has become a major selling season in the retail calendar of the US and other queer-friendly countries. This is similar to behavior seen on Valentine’s Day, Halloween and Christmas. Especially in the US, where rainbow retail is the norm, not the trend. It has been reported that the LGBTQ+ community holds buying power worth $3.7 trillion annually. This money is also known as pink dollar. Needless to say, queer inclusion is really good for business.

Why is rainbow capitalism problematic

According to critics, rainbow capitalism does more harm than good. It’s blurring the line between allyship and marketing. To begin with, companies rainbow-tint their logos in Pride month only in countries where queer people are socially acceptable. Doing this in countries like Saudi Arabia, Malaysia, Poland, et cetera will generate huge backlash. There may be even calls for boycott or government action. Many see the pride-focused campaigns of companies as tokenization instead of genuine allyship. Because most of these campaigns are gone for the rest of the year.

There are some companies which donate a portion of their Pride month sales to LGBTQ+ charities or organizations. Some also makes one-time donations. Retail giants J. Crew and H&M donates 50% and 10% of their Pride campaign sales to LGBTQ+ charities respectively. Whatever the intention may be, it’s obvious that this is a part of Pride campaign. Promoting their commitment to diversity is one of the common aspects among all Pride campaigns. Critics say this is just a short-term support as the community is swept under the rug for the rest of the year. Some do engage with the community but those efforts are either minor or less visible.

Company intention on Pride-exclusive campaigns every June may be well-intentioned but according to critics it’s not enough. This is because there are few companies who actually do tangible work for the progress of the LGBTQ+ community. Tech giant Apple has an openly gay CEO. It also has a track record of supporting LGBTQ+ causes throughout the year, besides their Pride exclusive campaign. But Apple is not the only company in the world. It alone can’t take the responsibility on behalf of the corporate world to authentically support LGBTQ+ people and their causes.

In the Western context, there are other companies beside Apple who are doing tangible work. But critics say it mostly benefits White and cisgender members i.e the most privileged members of the community. Queer people of color are the most vulnerable members of the community. The irony is, they are the reason the Stonewall riots took place. Tangible support also includes standing up to anti-LGBTQ+ legislations and campaigning against those who present and pass these legislations. But the reality is we hardly see any corporations doing this.

Another reason people see rainbow capitalism as problematic is because it doesn’t carry the essence of what the US movements in the 1970s actually stood for. The movements not just focused on queer acceptance. It also rebelled against the capitalist system, oppression, police brutality, et cetera. Now, the activities of corporations seem good since queer people are more socially acceptable. But at the same time it contributes to the system that continues to oppress queer people, preferring capital over community. This is problematic but not overwhelmingly oppressive, given the fact the world still thrives on capitalism. Some people have accepted the fact that capitalism won’t go away overnight. But some also cling on to Pride’s anti-capitalistic roots and dislike what corporations do every year on Pride month.

Another reason why the LGBTQ+ community has a hard time actually believing in these companies is because of what happens behind corporate doors. There are several companies that contributes or had recently contributed to several anti-LGBT causes. All while commoditizing Pride every June. AT&T used the #TurnUpTheLove hashtag on their Twitter to show support this year. But they also donated about $22,000 during 2017-2018 to an American Republican senator. This senator voted against a legislation that expands LGBTQ+ protection. This year, retail giant Walmart launched a “Pride & Joy” section on its website to sell Pride-themed products. But the company has donated almost $30,000 since 2019 to lawmakers in the US state of Arkansas. These lawmakers recently helped pass a bill that blocks gender-affirming treatment to transgender youth. These are just two of many other reports on the two-faced nature of many corporations.

The situation of LGBTQ+ employees and the message the same company puts out on Pride month sometimes don’t align. According to a survey in LinkedIn polled on LGBTQ+ professionals, 25% were denied raises or promotions, 31% faced aggressions at work and 25% had to leave their jobs. All of this because of the respondents’ queer identity. Another survey showed that 50% respondents believed that being openly gay is harmful for their career. Surveys like these prove that while many corporations show solidarity in Pride month, they don’t do enough to protect their queer employees.

Also, people didn’t forget that there was a time when companies would distance themselves as much as they could from Pride. Associating with it has become a business norm in queer friendly countries. So companies flaunt their new stance through their rainbow-themed products and messages in Pride month. After all, companies always need to align with current views and practices in order to survive. But the reports of companies donating to anti-LGBTQ+ causes and profiting off Pride at the same time exposes the sinister side of rainbow capitalism.

Other thoughts on rainbow capitalism

While rainbow capitalism is a seemingly shallow phenomenon, some queer people do acknowledge the positives. Companies doing the bare minimum of showing support is better than doing nothing at all. There was a time when associating with queerness was a risky business decision. So when queer people looked at advertisements, they felt invisible. Now companies can profit off queerness due to it being vogue but at least queer people don’t feel invisible. This visibility further amplifies the acceptance and normalization, even if companies campaign for just 1 month of the year.

Hate crimes against queer people still exist, even in countries where queer people are socially acceptable. Shopping malls, restaurants, et cetera are some common spots. With those places decorated with Pride’s colors, queer people can at least feel being welcomed. They can also expect the staff to act in case something bad happens. Money has to be spent anyway, why not spend it somewhere which says “We support you.”

Despite queer people are aware of Pride’s anti-capitalistic aspect, they are also aware that capitalism won’t go away overnight. And they still need to buy things from places like Amazon, Target, Walmart, J. Crew, et cetera. Many queer people still face discrimination in economic participation. This leaves a lot of them, especially if they are POC, in low-income categories. Being picky about where to shop from may cross off reasonable options. Plus, there are so many companies operating right now. People don’t necessarily have the time to do research on who is doing what.

What can brands do for authentic allyship

We have to accept that capitalism isn’t going away anytime soon. But there are ways by which brands can prove themselves as genuine allies. Some of them are

Capitalism isn’t going away overnight. So it’s inevitable that companies will profit off queer identity as a means of showing allyship. Companies can use their privilege to truly advocate and contribute to lasting social change. That is genuine allyship. As US congresswoman Alexandria Ocasio-Cortez said, “Slapping a rainbow on Pride month doesn’t mean you support the LGBTQ+ community.”