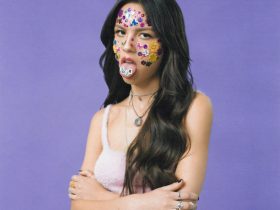 A sitcom comparison is always tricky for me because I love sitcoms and I can’t pick one over another. With that being said, my favourite show, and therefore sitcom too, of all-time is The Big Bang Theory. If I had to watch one show for the rest of my life, it would be TBBT. Created by Chuck Lorre, the show follows the traditional sitcom style mentioned earlier, which got me thinking if I liked this style over the other. However, I’m also a huge fan of Brooklyn Nine-Nine, The Good Place and The Office. All of these shows have been produced, created or co-created by Michael Schur. I wondered if “Schurverse” sitcoms collectively rank above TBBT and decided to compare Lorre’s sitcoms with that of Schur’s. There’s no bad blood between them, or at least I hope not, but they are both perfect candidates for a sitcom comparison.

“Laughter is a shared human experience. Laughter is a genuinely wonderful thing to have as part of our lives, especially when the world is upside down. It’s a gift.”

You know how Michael Jackson is called the King of Pop? Similarly, many call Chuck Lorre the King of Sitcoms since the 2010’s. He has created and/or produced so many popular sitcoms, like Two and a Half Men, The Big Bang Theory, Young Sheldon, Mom and The Kominsky Method.

What’s important on a comedy show, or any show, is that some stories have to go somewhere. There have to be ends to the beginnings and middles you create. But sometimes it’s like a way station on the highway, then the actual thing doesn’t have to be this giant, climactic, life-changing, game-changing thing.

Famous for incorporating important conversations and being big on diversity and representation, Michael Schur writes for, produces and/or creates feel-good shows. If you’re into sitcoms, your “Watch Next” queue or “Rewatch” list probably has at least one show from the Schurverse, like The Office, Brooklyn Nine-Nine, Parks and Recreation, The Good Place and Master of None. His shows have a workplace setting,

With the exception of Young Sheldon and The Kominsky Method, Lorre’s sitcoms usually use a laugh track. Other than the character’s behaviours, most of the comic elements of the show come from dialogues. These are often one-liners like “I’m not crazy. My mother had me tested” (TBBT) or “For the 100th time, I’m an actor, not a plumber”(The Kominsky Method). With sarcasm and witty comebacks, the shows also use a lot of crude humour. Double entendres, sex jokes and well, actually any and all forms of adult humour are mostly seen on Two and a Half Men and The Kominsky Method. The Big Bang Theory and its spin-off Young Sheldon have much more light-hearted comedy with only a spoonful of adult humour. In contrast, Mom has themes of alcoholism and suicide, despite being a mother-daughter comedy.

One unique aspect of Lorre’s sitcoms is his use of what he calls “vanity cards”. These are cards that pop up on the screen at the end of credits for less than 2-3 seconds. Unless you pause it, you probably won’t be able to read it. These are often humorous or insightful.

On the other hand, Schur incorporates adult humour into his sitcoms in a more subtle way. Apart from “That’s what she said!” (The Office) and “Title of your sextape!” (Brooklyn Nine-Nine), Schur emphasizes on the hijinks and shenanigans of the ensemble cast. However, he comes up with such catchphrases to have a greater impact on his audience. Without a laugh track, the dialogues have to be funny enough to immediately capture the viewer’s attention. It’s not just for humour; most fans end up unconsciously using it in their daily lives. I do this too and if you’ve watched Schurverse sitcoms, you know what I’m talking about!

There’s also Schur’s ability to have important conversations in his sitcoms. Brooklyn Nine-Nine tackles issues like coming out, racial profiling and sexual assault. Such episodes do follow a trail of light-hearted comedy but never in a way that takes the weight off the issue at hand.

A common aspect of both of their sitcoms is that they’re both big on friendships, as well as friendly rivalry. Family, friends, friends who have turned into family, colleagues, strangers in the afterlife – you name it. Almost all of their sitcoms portray friendships in any relationship.

Take Leonard and Sheldon from The Big Bang Theory, for instance: Strangers-turned-roommates-turned-colleagues-turned-best-friends. If you’ve watched Young Sheldon, you’ve probably noticed that, despite the affection shared among the siblings, Sheldon did get picked on a lot by them. However, in TBBT, we see Leonard being the brother he never had and vice versa. Sure, it wasn’t always easy living with Sheldon, but they became family for one another. Their bond was so strong that Sheldon named him son Leonard Cooper.

Likewise, in Schur’s sitcoms, you have so many beautiful friendships too. Think of Michael, Janet and the humans from The Good Place. Sure, it started out as a good-vs-evil kinda situation. Despite being complete strangers in the beginning, they formed an unbreakable bond as the series progressed. You also have lead friendships like Pam and Dwight from The Office or Jake and Charles from Brooklyn Nine-Nine. Even supporting characters like Stanley and Phyllis from The Office or Hitchcock and Scully from Brooklyn Nine-Nine have a tight bond from working next to one another for years.

Schur’s sitcoms portray relationships like fairy-tales; they overcome their ups-and-downs and they all have happy endings. Leslie and Ben (Parks and Recreation) or Jake and Amy (Brooklyn Nine-Nine) are examples of this. You get to witness pure, genuine, mutual respect, affection and admiration among them and all the couples in Schurverse sitcoms. It should be noted that this isn’t true just for straight couples. As pointed about by Joanna Robinson from Vanity Fair, these shows include an inclusive cast and gay and bisexual characters, who actually get to act like it. Case in point: Captain Raymond Holt, his husband Kevin Cozner, and Rosa Diaz from Brooklyn Nine-Nine.

I would say Schur sitcoms have a more progressive approach than that of Lorre’s. Obviously, all shows have a whole team of writers that make the show what it is. This isn’t to say Chuck Lorre isn’t as progressive or anything. Since this is a sitcom comparison, I’m just talking about recurring themes in both of their shows.

Just off the top of my head, I can think of these examples. In The Big Bang Theory, there’s one episode where Leonard feels inferior to Penny after learning she earns more than him. In another instance, Raj is constantly ridiculed for being “less masculine” than his friends. However, in Brooklyn Nine-Nine, when Amy becomes a sergeant, she kinda becomes Jake’s boss. You never see Jake getting an inferiority complex from Amy’s achievements. In fact, he encourages her and supports her to reach for the stars. Shouldn’t all relationships be like that? Similarly, the show also has gay characters. However, these characters aren’t stereotypical. No jokes are ever made that would be disrespectful or offensive. Sure, The Office had a lot of it, but Schurverse sitcoms have changed with time. I do admire Michael Schur for that.

Here’s how I would rank these shows:

So, yes. Based on this sitcom comparison, Schurverse sitcoms collectively rank higher than The Big Bang Theory for me. What’s your favourite show? Let us know in the comments!