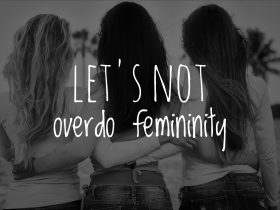 Things we’re doing wrong in the name of “femininity”

Do you become overly clingy or jealous? Or do you always appear to be more engaged than your partner? Perhaps you want to be with someone but withdraw as soon as things become emotionally intimate?

It’s because of the role of attachment styles in adult relationships.

Since the very beginning of our existence, we start forming relationships. Primarily, it’s with our caregivers. But soon, it’s extended with all people that keep entering and leaving us through the journey of our lives.

While entering a new relationship or befriending a stranger, people subconsciously look for the familiarity they’re so used to from childhood. Be it family, friends, neighbors, colleagues, spouse- the first imprints of relationships come into display.

What is Attachment Theory?

Attachment theory was coined by Psychologist John Bowlby. It involves how people form bonds as adults and how intimacy in childhood plays a key role in that. This theory was developed while he was studying the reason for babies being upset upon being separated from a parent.

How you bonded with your caregivers as a child, determines how your adult relationships will be.

Bowlby discovered that babies used attachment behaviors like crying, searching, and clinging when they felt their parent or caregiver was not around. This established a foundation on which further research is done.

Behind the mask of indifference is bottomless misery and behind apparent callousness, despair.

As people grow up, each develops an attachment style of their own. Even you. And it’s largely based on how you have cared in your childhood.

Mary Ainsworth and the Strange Situation

“The Strange Situation” is actually a format of experiment formed by psychologist Mary Ainsworth. She was a student of John Bowlby and carried on his work. The team brought in infants and observed their behaviors as various adults came in and left the room.

The entire experiment has eight stages. Each of them lasts more or less 3 minutes. The whole point was to observe and record their response to their caregiver leaving and returning to them.

Observations Through “The Strange Situation”

Later in 1990, Main and Solomon added another type called ‘disorganized’. They were very small in terms of percentage and showed inconsistency in their behaviors.

The 4 Attachment Styles in Adult Relationship

Attachment styles develop at an early age when a child cannot even speak about it. The way it’s taken care of is how the child perceives its close relationships in the long run.

Adults display mainly four attachment styles. Only one of those is healthy and desirable; that is the secure one. The rest of them express various kinds of insecurity.

The secure one is the boring camp. These people are at ease expressing their emotions openly.

The secure attachment type thrives in partnerships but also does not dread being alone. They do not rely on their partners’ responsiveness or approval, and they have a positive attitude about themselves and others.

These kinds of people live in a utopia regarding the relationships they build throughout their life. They have this assumption that the people in their life somehow would solve all their problems in life. So generally they tend to be clingy with their dear ones.

People that have this form of attachment have a low self-image but a positive perspective of others. The nervous adult frequently needs their partner’s acceptance, support, and response.

They see themselves as ‘lone wolves’: powerful, independent, and self-sufficient. Not necessarily in terms of physical touch, but rather on an emotional level.

Having high self-esteem and a favorable self-image. The dismissive-avoidant personality does not want to be dependent on others or to seek support and approval from social relationships.

Adults with this attachment style avoid emotional connection in general. When confronted with an emotionally charged circumstance, they also tend to hide or suppress their sentiments.

This type of person kinda goes back and forth and shows a bit of both the insecure types mentioned before. As the name says, they’re fearful. This means they’re afraid of abandonment. At the same time- they’re avoiding any kind of relationship.

These people show kind of bizarre actions while being in a relationship. They want company but are careful to not come across as needy. Therefore, it results in a confusing situation for their dear ones.

Insecure attachment can be caused by a variety of factors.

How To Deal with Your Insecure Attachment?

Attempt to conquer the suffering, regain emotional balance, and relearn how to engage and connect in relationships.

Can There Be A  Mixture of Attachment Style?

Of course, one person can have multiple attachment styles. One person can feel secure in his career because of all the things he has earned by dint of hard work. On the contrary, he can be extremely fearful about his relationship with his partner because it’s where his deepest fears come into play.

Again, the same person who was very anxious and avoidant can have his faith restored by someone who cares. Thus, a person can have a mixture of styles at the same time or different phases of life. Both are normal.

You had no control over the kind of childhood you had. However, as an adult, it’s very much possible for you to understand your style of attachment. If you can even address it properly, you can gift yourself a better emotional bond with your close ones.

This is one of the greatest perks of understanding what kind of attachment style you have. That you can navigate it to feel more secure.

Why You Should Know About Attachment Styles in Adults?

It’s not ‘absolutely necessary’-necessary to know. But knowing sure helps understanding yourself and the people you care about. And you’ll see why it’s okay to have mixed feelings about your parents too.

Self-awareness and awareness in general give you the power to identify why certain things are the way they are. If you have an unhealthy pattern and unhelpful behaviors-you can consciously make a decision to change it for the better. Challenge any attachment that does not support your well-being and change it.

A lot of people have been holding themselves back from actually interacting in life. Even when they do, they find it hard to do it with an open mind because of their attachment issues. But it’s not a big deal only if you know how it works.

Last But Not Least: Be Kind

Personality is not a permanent thing so if you find yourself in the three insecure sections,  do not freak out. because you can always have it developed. However, having it identified gives you an edge to have control over it.

Last but not least, be kind to yourself and cut slack for those who are beating themselves up for something they aren’t responsible for.

So, have you found out your attachment style? 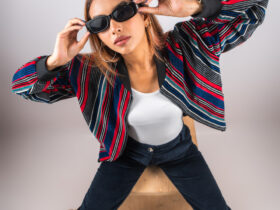