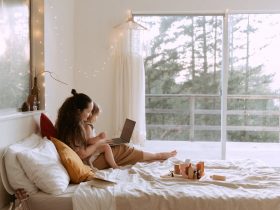 Screen Time of Youngsters: A Topic of Paramount Importance

It has been decades since football in Bangladesh took a backseat behind the game of cricket. For some in the current generation, it may seem that this was always the case. Yet, it was not.

Football in Bangladesh at a glance

Cricket-crazy nation. That is the term used to define Bangladesh in the context of sports. Yet this was not always the case. Bangladesh, liberated in 1971, has football rooted in its story of independence.

The Shadin Bangla Football Team, established after the provision government’s formation, played against the district teams of India during the war. Their goals were to raise awareness in the international community and raise funds for their motherland’s independence. Needless to say, they were successful in their pursuit.

Interestingly enough, their inaugural match against West Bengal’s Nadia district was the first time the newly founded country’s flag was hoisted in international territory. Fast-forward to the 80s and 90s; the Shadhin Bangla Football Team evolved into the Bangladeshi National Football team. Unfortunately, the Bangladesh football team’s ranking in FIFA has hovered between 180 and 200 for some time team as it has never gotten past the first round of the FIFA World Cup qualifications. However, the team has tasted international glory, with its biggest achievement being the South Asian Football Federation Champions in 2003. They beat India, Pakistan, Bhutan, Maldives, Nepal, and Sri Lanka to achieve this result.

Subsequently, the team has failed to match this success in the following years, recently getting eliminated from the SAFF Championship during the group stages in 2018.

At the same time, the country’s cricket team has achieved relatively better success. Sure, it has not won an international trophy since the 1997 ICC Trophy. Still, it has produced upset wins as underdogs against bigger teams to make the country fall in love with them.

It should be noted that there is no shortage of football fans in Bangladesh.  When the World Cup takes place every 4 years, most countries either support Brazil or Argentina as they reminisce about Maradona and Pele’s heyday. When it comes to club-level football, Bangladeshis tend to passionately favour European giants such as Manchester United, Liverpool, Chelsea, Real Madrid, Barcelona, Bayern Munich, Juventus, etc.

This begs the question, “Why has the football in Bangladesh  not been able to match the success of Bangladesh’s cricket?”

A shift of the public’s view towards football in Bangladesh

It should not surprise that part of the reason why is because of a decrease in funding. A huge reason why funding has decreased has a lot to do with community sentiment.

As soon as Bangladesh started participating in the ICC Cricket World Cup, the public began to look forward to the cricket team’s matches. Matches against cricketing heavyweights such as England, West Indies, India, South Africa, etc., meant that the cricket team would always have a larger international presence than the football team.

Additionally, matches against strong cricket teams have also fostered a huge unity among the country’s citizens.  This feeling of unity has even trickled down to the local cricket scene with the creation of the Bangladesh Premier League in 2012. A team from each of the country’s divisions playing against each other ensured that local rivalries exist, which helps the public become engaged in the concept.

The generation of such excitement and interest from the public ensures that funding is adequate for developing Bangladesh’s cricketing talent.

Parallelly, the local rivalries in Bangladesh’s club football scene are no longer creating the excitement they used to. There were times when the Bangabandhu Stadium used to be packed to the rafters when Abahani and Mohammedan, the country’s two most well-known football clubs, played against each other. This is a sight not witnessed for many years. Not going to visit these matches creates a monetary deficit for the Bangladeshi Football Federation. In turn, this either hinders or prevents the development of the country’s prospective footballing talents. The Bangladeshi national football team then becomes the collateral victim of this damage as good players fail to develop and mature and thus fail to represent the national team.

The current state of football in Bangladesh

In Dhaka city, children and adults could play a game of football anywhere and anytime. It did not matter if they played on an actual football field or someone’s private land. There were no restrictions. Nowadays, that is not always the case. Cities in Bangladesh are developing at a rapid rate. Public lands which used to be playing fields are now being used for development purposes. Private landowners are also becoming strict regarding the usage of their land for playing football. Landowners who do allow people to play on their lands require a fee for using the land. Unfortunately, not everyone is privileged enough to pay money every time they want to play football. Such schemes deter a child away from outdoor activities. Moreover, it makes them stay indoors and play video games constantly, which is harmful to their health.

For a nation’s footballing talent to effectively thrive, the grassroots football of that nation needs to prosper. For those not familiar with the term, grassroots football refers to giving children the accessibility to enjoy a football game in their domain regardless of their socio-economic status. Therefore, having to pay for the privilege to play football severely affects the status of grass-roots football in the city where most of the country’s population lives due to rapid urbanization.

Suggestions to improve football in Bangladesh

To keep the nation’s interest in football on par with cricket, our national team needs to play more friendly matches against more successful countries in the game than us.

We could start right here in Asia by playing against Japan, South Korea, and Australia. Whether or not our team loses by a large margin against such opposition should be a secondary thought.  The primary concern should be ensuring that the team attempts to match the intensity and effort of such opposition. Doing so will help them elevate their game in the long run and attract Bangladeshis, both local and abroad, to the national football team’s journey for years to come. The latter will hopefully generate funds via match attendance, which can develop the next generation of players to their highest potential.

At the local level, it may be prudent for the football clubs to follow the blueprint of the Bangladeshi Premier League (cricket) by allowing them to represent different divisions around the country. This action will promote football to be evenly advertised around the nation and will also evenly catch the attention of the country’s residents, garnering further promotion.

Both in cities and rural areas, children should have more facilities provided to them to practice the sport free of cost. Who knows, maybe one day a child, because of such facilities, may mature professionally and play for one of the big European football clubs we Bangladeshis so passionately support.

With time and careful planning, football in Bangladesh will once again reach its glory days. And when it does, it will be on par with the cricket in Bangladesh.