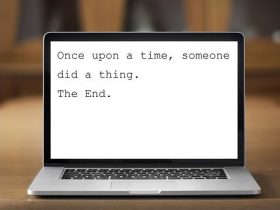 Writer’s Block: When the Voice Inside Your Head Refuses to Talk

Has the thought of what goes through the heads of bonafide serial killers ever crossed your mind? It is quite an interesting, and quite frankly, a frightening thought. The human mind is fractured, fluid, and is constantly in an ever-changing condition. No two beings are always alike, and it is highly likely that some can turn out to be genuinely evil. It is difficult to pinpoint the exact reason as to why people turn out this way. Psychologists point it out to factors such as child abuse, or it could also be because of neurological conditions. However, it is worth noting that there is never a good excuse for murder.

The world has long been fascinated with the dark and depraved nature of the human condition. This interest is evident in the rise in interest in crime storytelling. This varies from listening to podcasts to watching serial killer documentaries. It is fascinating to watch the intent that drives the serial killers and in order to get a good picture of it, it is best to watch a documentary on it. The term “serial killer” became famous in the 1970s when these killings were at their peak. The FBI agent and author Robert Ressler came up with it.

Trigger Warning: The following content may include graphic descriptions of crimes committed by these infamous serial killers.

Below is a list of the serial killer documentaries that best encapsulate certain incidents regarding the despicable acts pulled off by these criminals. It focuses on killers from various time periods. The macabre series of murders shown in these documentaries will definitely pique your curiosity and satiate the desire of the interested viewers.

We suggest you start off with this series if you are new to the whole serial killer thing. This document stars a certain killer named Richard Ramirez, also known as the Night Stalker. He killed 14 people in the span of 14 months. Ramirez terrified the entire city of Los Angeles during the eighties as he raped and murdered several victims. The killer made his victims proclaim their love for satan before he murdered them. He was ultimately caught by the very citizens he tried to terrorize. They show these events in this documentary, as it explores the crimes as well as the trial that followed.

2. Conversations with a Killer: The Ted Bundy Tapes

Ted Bundy was one of the most popular American serial killers simply because of how prolific and evil he was. The guy kidnapped and murdered people, and even practiced necrophilia at one stage in his life. He once confessed to committing 30 homicides between 1974 and 1978. Weirdly enough, he had a lot of sympathizers based on how charming and handsome he was. Bundy was also a narcissist who weaponized his self-image to lure in any possible prey. This document helps to debunk any myth that portrayed him as someone who was unfairly punished, and helps to show how evil he was.

Jack the Ripper was one of the most famous serial killers because of the fact that he was never caught. He tormented London around 1888, and his reign of terror was incredibly violent. This document helps to give an idea of the face of the murderer and fills in the details of many of his killings. They detailed the document meticulously while filling it with decent reenactments. The details shown in this documentary make it a very compelling show to watch.

This documentary is also a genuine horror film. It is also likely the scariest documentary on this list because, while it focuses on an urban legend, there is also a hint of reality to the events that unfold in it. The directors Barbara Brancaccio and Joshua Zeman attempt to find out the source of the myth as well as the reason for its existence. This myth is about a boogeyman-like figure that stalks and takes refuge in the remnants of the Willowbrook Mental Institution. However, the myth became real in 1987. The “creature” abducted a child named Jennifer Schweiger who was never to be seen again.

That abduction was not a one-off incident. A guy named Andre Rand kidnapped several other children as well. He was also a former patient at Willowbrook. His presence in the film seems to be Cropsey made manifest. The documentarians reached out to him in person and also went to the hospital to walk through the remains there. It is here that the documentary slips into horror mode. The filmmakers sense tension as well as uneasiness as they walk through the woods and into the hospital. One of the fascinating things about this documentary is that the viewers get no easy answers from watching it, and they are bound to get sleepless nights as well.

Like Ted Bundy, Jeffrey Dahmer is also known to be one of the most famous American serial killers, if not the most famous. As a serial killer, he raped, murdered and dismembered 17 men. He was also a cannibal who preserved the body parts as well as the bones of his victims. This particular documentary shows talking-head interviews, archival footage, and dramatized segments of certain scenarios that happened back in the day.

This particular documentary doesn’t answer exactly why Dalmer did what he did. However, it describes the details of his life and murders really well. This show is easily one of our best picks of “Serial Killer Documentaries”.

6. Aileen: Life And Death Of A Serial Killer

This documentary is about Aileen Wuornos, a serial killer who shot and killed seven men between 1889 and 1990. It focuses on Wuornos’ declining mental state, as well as the court’s claim that she was in a good state of mind at the time of her death. They would ultimately kill her by lethal injection in 2002. Was it a fair decision? Only the viewers can decide that after watching this show.

Herman Mudgett, aka H. H. Holmes, was America’s first-ever serial killer and criminal mastermind. He also went by the name of ” The Torture Doctor”. They released this document in 2004, and it focuses on the killer’s entire life as well as reenactments. It also consists of several authentic locations and photography, as well as interviews of experts.

Dr. Holmes would lurk the streets in a sinister manner and prey on the tourists in Chicago around 1893, during The World’s Fair event. He designed and built his own hotels which had torture chambers as well as tools for killing people in them. The show does not cause one to be very cautious when dealing with people. Instead, it invites the viewers into the soul of the disturbing killer to find out the reasons as to why he carried out the killings the way he did back then.

This show does a very good job of making your hair stand up on the back of your neck. It would also be best to watch this show before you’ve had your dinner. Albert Fish was a savage who tortured, molested, and killed children in New York City during the 1930s. People often mistook him for being frail and innocent because of his old age. Albert Fish took advantage of that by inviting those people home and killing them in order to satiate his religious beliefs. It seems almost unbelievable, which is why this is a top pick on our list of “Serial Killer Documentaries”.

9. Tales Of The Grim Sleeper

Lonnie David Franklin Jr., otherwise known as the “Grim Sleeper”, was a well-known serial killer who killed around 10 people in Los Angeles in about 25 years. He got his alias because he took a 14-year break from his crimes. In 2016, he was heard of again when he was convicted of killing nine women as well as one teenage girl. He was later sentenced to death after he got caught.

10. This Is The Zodiac Speaking

Finally, the last pick of our list of “Serial Killer Documentaries” is one that explores the infamous Zodiac investigation. This includes interviews with the surviving victims. The movie “Zodiac”, which came out in 2007 and stars the likes of Jake Gyllenhaal, Robert Downey Jr., and Mark Ruffalo, is about the zodiac killer who murdered at least seven people in Northern California during the 60s and 70s. He would send a series of taunting letters and cryptograms to the people working for the press. While there were a considerable number of suspects, the murderer was never found, and to this day remains an open case.