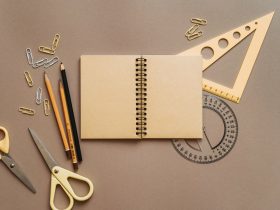 Nerd Shaming: Might Be a Sequel of Unfair Expectations

Have you ever wondered how we can take small steps towards overcoming toxic femininity? How can one detect this sort of behavior?

It’s been a few months since we have talked about toxic femininity. Yet it’s still one of the most under-addressed toxic behaviors. We didn’t really expect a 180° change in the scenario obviously. But hey, this should get some good amount of attention, right? That is why we are here again to shed some more light on toxic femininity.

Toxic femininity represents some retrogressive, conservative, and overemphasized behaviors of femininity. Traditional feminine qualities such as compassion, sensitivity, nurturing get undue attention and elaboration. Also, it’s often used to undermine and sabotage others. It can take place in many forms. If you want to know the basics of toxic femininity, click here.

The impact of toxic femininity as well as toxic masculinity in one word is damaging. It nurtures and nourishes toxic gender roles. Secondly, it does not just create a battlefield for men vs. women, it creates a battlefield for women vs. women as well. Among all of this, the worst one is that it dehumanizes people. Imagine, not being able to cry when you lost someone you love because you are a man. Or, imagine, not getting the position that you had your eyes on since the day you started because you have kids. These are the kind of ideologies and beliefs toxic femininity preaches.

How to Deal with Toxic Femininity

Toxic femininity is one of the many forms of toxic behavioral traits. But it shall not be taken lightly on this ground. Because it’s an age-old toxic trait and we haven’t done much to exterminate it. However, it’s better late than never. That being the case, here we tried to help you out with some techniques; if you are trying to find a way out.

Do You Possess Toxic Feminine Traits?

Since it is a behavioral trait in order to deal with toxic femininity, the first thing anyone should do is to figure out their own self. The following two steps are the stepping stones of this cycle-breaking journey.

This one should be declared as the universal first step of anything. Because until and unless your basic knowledge game is strong, you are going to keep coming back to the same place of the maze. But we are not asking you to write a thesis paper. Just learn which traits can be labeled as toxic and why they exist. It will help you to identify your own toxic traits.

Before starting this step, we will suggest you take some time out. Because this step definitely requires some time and mental prep. This might portray the negative side of you. Therefore, we would like to remind you not to be harsh on yourself. You started something good. You are trying to break an ancient negative cycle. So be proud for coming this far.

Now give some thought about your past behaviors towards both men and women. “Am I someone who accepts people as they are?” “Did I ever mock a man for not being ‘manly’ enough?” “Did I ever judge another woman for being strong and determined?” “Did I mom-shamed someone?” These are the question you should be asking yourself.

This stage will help you to know yourself better. Again, it’s going to be uncomfortable but, in the end, the truth will set you free.

How to Eliminate Toxic Femininity?

Now that you know yourself better and your level of toxicity; it’s time to figure out how to eliminate it. You can do your own research but we are here to help you with the basics.

Let’s be honest, men and women both are suffering due to this one particular ideology. Read and learn the sufferings people have gone through and still going through due to patriarchy. Not only it will make you more knowledgeable, but you will also be more compassionate and empathic towards people.

“The most courageous act is still to think for yourself. Aloud.”

We live in a world where we continuously need to think about what other people are thinking or, doing or, saying. We fill out our minds with everything related to someone else. “What they are going to say?” “How s/he is succeeding with his/ her bare minimum effort?” “Oh! She is taking such calculated step”. We don’t think for our own self, we think for others. This process keeps going as a cycle. Only if you become a little thoughtful to your own self, it will make living and breathing easier.

Put Yourself into Others Shoes

We often shame or judge people without giving a second thought. We don’t dig deep. We don’t try to understand. Maybe the guy you are judging for wearing florals, loves flowers. Maybe the colleague you tagged as “ballbreaker”, really deserves the promotion. There is always a reason. Try to figure out the reason. You might come across a beautiful story.

And even if you can’t find a reason. Just recite to yourself this empowering mantra- “none of my business”. And move on with your life.

Our earth is 4.543 billion years old. It’s still alive because of kindness. It might go another 4.543 billion years if we all could show a bit more kindness. Not just to others but to ourselves as well. You don’t have to do a big gesture; listen when someone is talking, smile at kids, feed the strays, reach out to others. These might sound very small. But the impact is lasting.

Well, some of us might not be parents yet but we all know at least one kid. Talk to them about kindness, manners, empathy, sensibility. You might be learning about toxic traits at a mature age, make sure your following generations know these from the beginning.

There are many other ways through which you can eliminate your toxic feminine traits. These are the baby steps that you need to take before the big leap.

Remember you chose to break a thousand-year-old cycle. It’s not going to be easy. So, be easy on yourself.