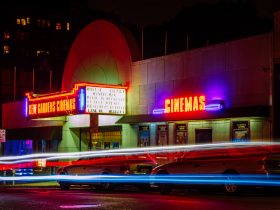 Representation: Is it a scam in the silver screen industry?

Love, Death + Robots is an American adult animated science fiction anthology series on Netflix. The 18 episode 1st season premiered on the streaming giant on March 2019 to acclaim from fans and critics alike. Each episode is a story of its own running between 6 to 18 minutes. Besides the content, what makes the show so unique is the various styles of animation ranging from computer animation to stop-motion animation and in some episodes, blending of styles. After a 2 year wait, the 8 episode 2nd season finally dropped on Netflix on 14th May, 2021. This came as a bonus Eid present for the show’s Muslim fans as a lot of us were indoors due to the ongoing COVID-19 pandemic. So we watched the show on Eid day in one go.

Like the 1st season, elements of cyberpunk, dystopia, outer space, monsters, R-Rated gore and not to mention, humanity itself, are all back in the new season. There are some differences between the two seasons though. The 2nd season itself is much shorter (from 18 episodes to 8 episodes) and the runtimes are a bit shorter than that of the 1st season. The science fiction storytelling through various animation styles remains the same except this time the gory violence and graphic nudity didn’t take away the spotlight. The episodes relied more on content and characterization through animation. Let’s break down each episode one by one.

The season begins with a Black Mirror like approach. It’s set in a futuristic retirement community with robotic helpers where one of the robots malfunctions. Customer service makes things even worse for the owner and soon the robot goes on a murder rampage.

While the synopsis sounds tense, the animation and character design makes you laugh at a woman, her dog and her neighbor in the face of danger. The robot too does some odd jobs in between its rampage which is hilarious. The episode is satirically tense, but lacks the punch of the 1st episode of the 1st season.

Set in an icy planet with a mostly genetically modified or “modded” population, two brothers set on a dangerous race on ice with the older brother’s friends to catch a glimpse of “frostwhales” swimming under the ice.

Amidst the science fiction edge, this episode is actually a coming-of-age story. The younger brother has to prove a point to the older brother and his friends. The dystopian surroundings, the situation characters were in and above all the animation backs this seemingly simplistic plot. The animation is stunningly distinct and looks like it’s straight from a video game. Ice wouldn’t have been called simplistic if the plot gone deeper in its own world.

Set in a dystopian future where humans can choose immortality to the point of overpopulation, a detective charged with fighting (read- killing) the excess population is distressed from the human toll of his work.

Definitely one the best episodes of the season, it shares some similarities to the Oscar winning South Korean movie Parasite with a science fiction twist. It will push you to think about your privilege both in terms of your living condition and the human desire of immortality. The animation is realistic in some ways but still feels dystopian, it’s gorgeous. Pop squad is the longest episode this season but the runtime is justified due to dark but thoughtful nature of the plot.

Episode 4: Snow in the desert

Set in a dystopian desert planet, every bounty hunter wants a piece of a man who is genetically mutated to the point of immortality.

Another episode dealing with the relationship between humans and immortality. But it has it’s twists, for example a tender love story. Besides some gory violence, the episode also taps into the lonely nature of immortality and man’s desire to seek human connection amidst chaos. The animation is the best in this episode, it’s so photorealistic that it’s hard to imagine none of it is real. Snow in the desert is like a quasi-sequel to Pop squad due to the shared themes and similar animation styles.

Set in a field of tall grass, when a train breaks down in the middle of the journey, a passenger becomes captivated by distant lights.

The hand-painted animation of this episode is beautiful and the most distinct one from the entire season. The entire episode is like a moving painting, like the movie Loving Vincent. But this can’t cover the fact that the plot is too simple. It’s still scary but predictable. Like Ice, had the plot went deeper in its world, it would’ve been something unique. The tall grass is perhaps the weakest of all the episodes this season.

Episode 6: All through the house

This episode has the shortest runtime but it’s twist is perhaps the most shocking of all. The ending too will take you completely off-guard. The episode walks the line between cute and scary very effectively. As for the animation, it’s a beautiful blend of computer and stop-motion animation.

Set in outer space, a space pilot crash lands on a planet after being hit by space debris. He tries to find shelter, only to fight the threat within.

Like Automated Customer Service, this episode is about a malfunctioning machine on a rampage. But differences are the animation styles, the dark tone, a feeling of claustrophobia and a very photorealistic Michael B. Jordan. Despite all these, the episode is more style than substance and lack the punch.

Set in a town, the naked dead body of a young man who happens to be a giant wash up on the beach and becomes the object of fascination for the townsfolk. A man in particular is more fascinated.

The content of this episode is perhaps the most distinct of all the 26 episodes of the show, not just the 2nd season. The episode weighs on with the monologue of the man fascinated by the giant, nothing “science fiction” on first sight. The monologue is an exploration of humans’ destructive nature, memorability and the inevitability every living being shares; death. These might sound pretty melancholic but the narration is calm and embracing. The simple animation, the soothing voice of the narrator and the context, all weaves seamlessly into a bittersweet but tranquil ending of the 2nd season. If you’re a fan of long philosophical monologues, this episode will be your most favorite.

While the 2nd season might be a mixed bag, it’s definitely not a waste of time like some other Netflix originals. Love Death + Robots Vol. 2 is streaming now on Netflix. An 8 episode 3rd season will drop sometime in 2022.