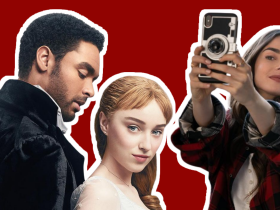 Have you ever been shamed for liking a certain type of music? Or a movie? Or a TV Show? Have you ever been made to feel like your taste is trash and you’re not consuming what is considered to be good media? The chances are you have been. Especially if you belong to the female population and especially in your teenage years.

Our society tends to dismiss and invalidate everything enjoyed by the female population in their teen years. Everything liked by teenage girls is automatically considered to be of no merit. People consider it too shallow or superficial.

Telling from personal experience, when I was a teenager, I felt so ashamed to say that I was obsessed with One Direction or Taylor Swift, or The Hunger Games because I didn’t want to get bullied. I thought admitting to liking all these would make people think I was stupid.

One Direction had 48.8 million album sales in the 2010s, ranking them in the top 10 most successful bands of the decade. Taylor Swift is an 11 times Grammy winner and her cultural impact is unparalleled. But they all still wouldn’t be considered serious artists because the majority of their listeners are teenage girls.

Even The Beatles, who are considered to be one of the most iconic bands of all time, at the height of their popularity were criticized because of having young girls as the majority of their fans.

It’s almost like teenage girls have the power to make anything uncool and unlikeable.

This view is not only snobbish but also highly sexist. It is damaging and it makes the girls of that age even more insecure than they are.

Misogyny is sometimes naïvely seen as a minor individual character flaw, rather than an ideological form of sexism. Misogyny polices women’s behavior in regards to all acts, and in this case, the very act of girls liking and enjoying things.

Historically speaking, a woman displaying any sort of exaggerated emotion was deemed hysteria. And in present-day, girls excitedly lining up to see their favorite artists is called hysteria.

There’s a misconception in society that teenage girls are not actually in control of their own emotions or interests. And that they become overly excited or upset for no reason. But in actuality, these younglings are just excited. They’re simply sharing that excitement with others, but their joy gets mislabeled as “hysteria.”

On the flipside, grown men screaming maniacally at their favorite game is just an act of passion.

You see the double standard here?

Teen girls don’t just get mocked by the people around them, they also get mocked in popular media as well.

An author of the British GQ, Jonathan Heaf once wrote an article on the popular boyband One Direction where he started off by noting the “immense transformative power of a boy band to turn a butter-wouldn’t-melt teenage girl into a rabid, knicker-wetting banshee.”

Which immediately reduced the female fans, not as people stoked to see their favorite artist but as hormonal oversexed wraiths.
This is not the only example of media discarding or shaming the female fan following.

After Zayn Malik left the band leaving the whole fanbase heartbroken, Stuart Heritage for The Guardian wrote “Our thoughts must surely go out to anybody unlucky enough to have given birth to a female child between seven and 14 years ago” about the grieving fans.

I have not seen the same kind of criticism for men trashing and rioting outside the Wembley Stadium after England lost the EURO cup.

This constant criticism of teen girl’s choices creates a rift between them. Some girls start to believe that liking mainstream girly things would make them seem shallow. They start to form resentment towards their own gender. And oftentimes they go out of their way to prove themselves to be ‘not like other girls.’

They genuinely start to believe that there’s something wrong with liking barbies or twilight or boy bands. Just because of the degrading opinions formed around these things.

I myself used to be one of those teenagers and tried my best to reject anything that was considered to be girly. Simply, because I didn’t want to seem shallow or boy-crazy like the other teen girls. This view is harmful as it creates a form of internalized misogyny in young girls.

This needs to end

If we want to create a society where teen girls can feel comfortable loving what they love and being themselves, we need to put a stop to the aforementioned behaviors. We need to check our own internalized misogyny and work on that. Before dismissing anything just because it is popular among teen girls, we should ask ourselves what is the reason for disliking the thing? If it is because of who seems to enjoy it the most then we need to unpack that attitude internally and change the way we view things. We should always be empathetic and understanding towards the choice of our youth because they are our future.

Some words for all the young girls reading this

Girls are taught from a very young age to hate what is marketed to them for fear of being seen as shallow and inferior. This harmful behavior leads to a toxic environment of girl-on-girl hate. Women already have a lot of struggles all over the world. I believe we should aim to raise each other up rather than tearing each other down just for our choices.