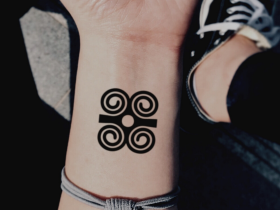 How to Get Humility Right: Accept Those Compliments

As a month, November serves as a lead-in to December. We remember that men’s health is a topic or a discussion point which we often ignore or do not bring much awareness. Technically, we are all planning for what to do in December and throughout November but do we plan on how to look after the men in our lives? If they are going for yearly or monthly health checkups? We are mainly attempting to return to our resolution from the previous year. Native Americans in the North are preparing for the harsh winters. In addition to all of this, November is well-known for a few significant awareness efforts. No Nut November or No Shave November, for instance.

However, Men’s Mental Health is another effective awareness campaign. As a result, November is commonly referred to as “Movember.” A group called the “Movember Foundation” promotes growing moustaches to raise awareness of cancer treatment and men’s mental health issues.

No-Shave November, when guys worldwide let their beards and moustaches grow, is undoubtedly something you’ve heard of. However, the trend goes beyond simple fashion! Men’s Health Month, observed in November (or Movember), aims to raise money and awareness for crucial male health concerns like prostate cancer, testicular cancer, and depression.

The goals of No Shave November and other initiatives overlapped with the awareness campaign. The organisation hopes to raise money and bring attention to problems including prostate cancer, testicular cancer, and male suicide through their yearly month-long programme. Early discovery of cancer or any other mental health condition is the goal, followed by successful treatment, which is the ultimate goal—decreasing avoidable illnesses. The 19th of November, International Men’s Day, falls in November.

Why is it crucial?

According to the CDC, men account for 80% of suicide victims. Before stating the cause, the circumstances call for careful consideration. But something is wrong when it comes to men’s mental health. Another study found that males are half as likely as women to seek professional assistance for mental health problems.

According to the American Psychological Association, men are more inclined to withdraw socially and are less likely to report experiencing mental or physical stress. Men are said to take more chances and typically blame their anxiety or “bad mood” on their jobs. Heart attack, stroke, lung cancer, cardiovascular disease, major depressive disorder, suicide, addiction, and other illnesses are more common among males.

After skin cancer, prostate cancer is the second most frequent cancer in American males. Over 260,000 new instances of prostate cancer were identified in the United States in 2022 alone. Cons: The illness claimed the lives of almost 34,500 men. Prostate cancer will be detected in one in seven men at some point in their lives. Black non-Hispanic men above 65 are more prone to develop the illness. Although prostate cancer is hazardous, it is also quite treatable if detected early.

Testicular cancer, while less prevalent, is still a worry for males. In the United States in 2022, almost 10,000 new instances of testicular cancer were detected, and around 460 men died from the condition. The average age of diagnosis is 33 years old. Testicular cancer is more frequent in young and middle-aged men than in prostate cancer.

Testicular cancer, like prostate cancer, is mainly curable if detected early. While there is no formal suggested screening protocol, men’s yearly physicals should include a testicular check. Furthermore, some physicians advise regular self-examinations. Any lumps or irregularities should be consulted by a doctor as soon as possible.

Every year, illnesses such as prostate and testicular cancer devastate thousands of men and their friends and family. However, mental illness poses an even more significant hazard to men’s health but receives far less attention than physical ailments.

Every year, over 6 million men in America suffer from depression, and an estimated 14% of American males suffer from anxiety disease. Men are also less likely than women to seek help for mental problems. As a result, the suicide rate among American males is four times that of women.

Many analysts feel there are two reasons behind this. First, men’s sadness and anxiety frequently manifest differently than women’s. As a result, there is no rapid diagnosis. Women suffering from depression frequently report symptoms such as extreme sorrow or thoughts of worthlessness. Men are more prone to weariness, anger, impatience, and disinterest in work or hobbies.

Second, many men do not seek therapy because of the stigma attached to mental illness and the fear of seeming weak or unmanly. Men, as well as their friends and family, who may not identify the indicators of depression, may assume they can solve their issues independently. They may also struggle with being emotionally vulnerable and asking out for assistance.

However, mental health difficulties are not to be ashamed of! They are frequently just a part of being human. Depression and anxiety, as statistics demonstrate, are exceedingly prevalent and do not represent any form of character fault or weakness. They are diseases like any other, except that they affect the brain rather than the heart, lungs, or liver. So, if you or a man you care about is displaying symptoms of sadness or anxiety, there is treatment! Your EAP provides a variety of mental health options to assist you.

Let’s erase the stigma and normalise the talk around men’s mental health during Movember!

Movember: There Are Several Ways To Participate

The original Movember concept is to grow a ‘tache while raising cash for Movember, the charity, by asking family, friends, and anyone else you can reach out to support that noble endeavour! The more prominent and dramatic the moustache, the better. Nowadays, there are several ways to participate, including Grow a Mo (your face will raise cash and awareness for men’s mental health), Move for Movember, Host a Mo-Ment, and Mo Your Way. You may contribute to Movember’s pioneering men’s health programmes that impact and save lives. To participate in Movember Ireland, go to movember.com.

With the changing dynamics of social media, the cause of uncontrolled stress grows. Strictly intake of hate, information, and even ‘cancel’ culture builds an isolation mechanism. The coronavirus epidemic pushed the dialogue about mental health to the forefront, but it must continue. And in particular, men’s mental health must be prioritised.

As a result, during November, let us encourage dialogues about mental health and connect with one another for a brighter future. 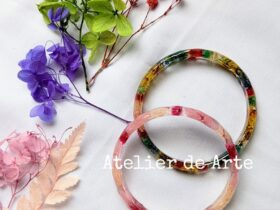 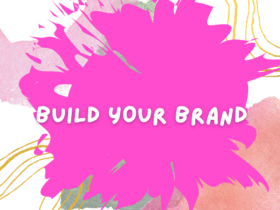 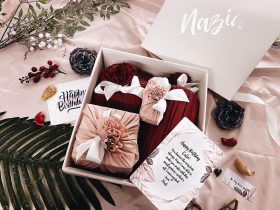 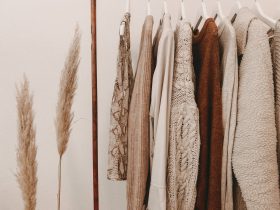